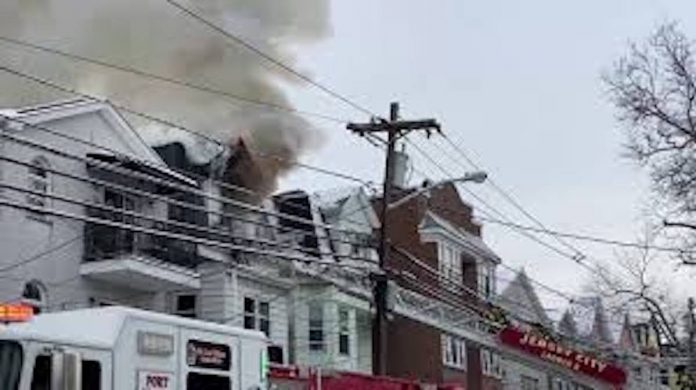 A second fire broke out in Jersey City this morning, but thankfully, unlike the overnight blaze which claimed the lives of an eight month old and an eleven year old, this morning’s two-alarm fire at 133 Grant Avenue only result in a minor injury to a city firefighter.  The fire was contained to the vacant, two-story building.

According to City spokesperson Kimberly Scalcione, “One firefighter fell through the first floor to waist-level and was able to pull himself up.  He was taken to a local hospital with a minor injury to his back as a result of the fall.  No other injuries were reported.  Due to the quick work by the JCFD, there was no fire extension to any other properties.”

The fire late Wednesday night on MLK Drive is being investigated by the Hudson County Regional Arson Task Force and the Jersey City Fire Department.