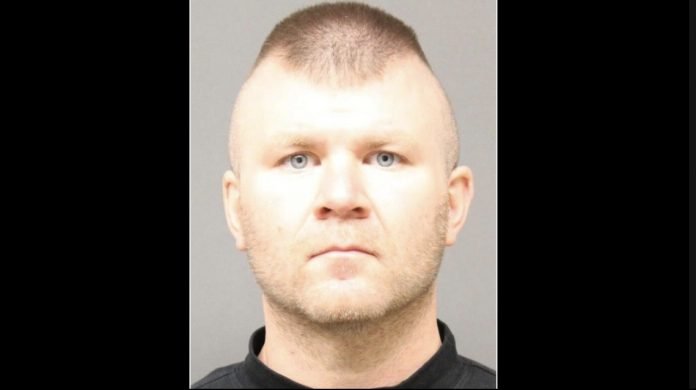 Bergen County Prosecutor Mark Musella announced the arrest of Oradell Police Officer JEFFREY PETERS (DOB: 10/26/1979; married) of Hawthorne, NJ on charges of Theft and Possession Of A Controlled Dangerous Substance. The arrest is the result of an investigation conducted by members of the Bergen County Prosecutor’s Office under the direction of Chief Robert Anzilotti.

On January 19, 2021, the Bergen County Prosecutor’s Office received information that Officer JEFFREY PETERS may have unlawfully entered a locked drop box designated for residents to drop off unused prescription medication. This locked drop box is located in the lobby of the police department as part of the Drug Enforcement Agency’s “Operation Take Back,” which encourages the public to properly dispose of unused prescription narcotics.

As a result of the subsequent investigation, it was determined that Officer PETERS, who was not authorized by the Oradell Police Department to access the drop box, gained access on several occasions and removed prescription narcotics. On January 25, 2021, JEFFREY PETERS was arrested and charged by the Bergen County Prosecutor’s Office with Theft, in violation of N.J.S.A. 2C:20-3a, a 3rd degree crime; and Possession Of A Controlled Dangerous Substance, in violation of N.J.S.A. 2C:35-10a(1), a 3rd degree crime. He was also suspended from his duties as a police officer. PETERS is scheduled for a first appearance in Central Judicial Processing Court in Hackensack, NJ on Wednesday, February 10, 2021, at 8:30 a.m.

Bergen County Prosecutor Musella states that the defendant is presumed innocent unless and until proven guilty beyond a reasonable doubt, and he would like to thank the Oradell Police Department for its cooperation.