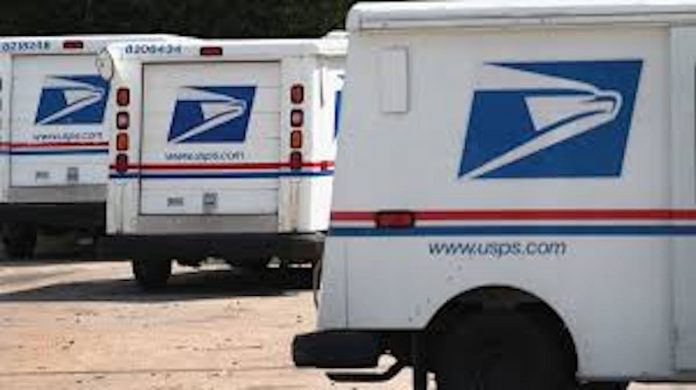 “As you investigate the dumped mail in North Arlington, we ask that you determine whether there is a connection to other mail delivery issues that have plagued our constituents this year. Further, we ask you probe the USPS for the selective enforcement of blocking democratically elected representatives from conducting oversight of mail facilities ahead of the national election,” the members write.

North Jersey has been plagued by reports of mail found discarded and undelivered. On October 4, mail bound for West Orange was discovered in a dumpster in North Arlington. On April 25, mail, including ballots for municipal elections, was discovered dumped in several apartment building lobbies across Bellville. On May 5, stacks of ballots were similarly left strewn across the floor of apartment lobbies in Paterson.

The members also asked the Inspector General to investigate the USPS illegally blocking them from inspecting the Dominick V. Daniels Processing and Distribution Center in Kearny, erroneously asserting that congressional oversight of postal facilities cannot occur near an election. Importantly, Rep. Pascrell visited the Daniels facility weeks before the 2018 midterm elections unimpeded. With New Jersey conducting its first-ever all vote-by-mail general election, the members want to be certain of USPS’s capability to carry out its duties free of the political interference that has become a hallmark of Postmaster General Louis DeJoy’s catastrophic tenure.

Since this crisis began, Rep. Pascrell has been aggressively demanding accountability. On May 21, Pascrell wrote to USPS Inspector General Tammy Whitcomb demanding an investigation of turmoil at the USPS, purportedly stemming from a pattern of interference engineered by the Trump administration in its efforts to destabilize the post office. On August 12, Pascrell again called on IG Whitcomb to probe postal turmoil. After soliciting responses from constituents, Rep. Pascrell released a slate of stories from North Jersey residents in the Ninth District describing the impact of Trump and Republicans’ vicious vandalism against USPS.

On August 14, Pascrell became the first member of Congress to call for DeJoy and Donald Trump to be investigated by a state criminal grand jury for their arsoning the Post Office, making a criminal referral to New Jersey Attorney General Gurbir Grewal alleging Trump and DeJoy are subverting state elections.

On September 30, Pascrell led members of the New Jersey Congressional Delegation in a letter to Postmaster General DeJoy demanding an emergency visit to the Dominick V. Daniels Processing and Distribution Center in Kearny and requesting information on USPS’s ability to carry out New Jersey’s all vote-by-mail general election.

The text of the members’ letter to the USPS IG is provided below.

We write in support of a transparent investigation by the United States Postal Service (USPS) Office of the Inspector General (OIG) into reports of undelivered mail, including vote-by-mail (VBM) ballots, originating from the Dominick V. Daniels Processing and Distribution Center in Kearny, NJ. These reports indicate that VBM ballots bound for residents of West Orange were found abandoned in a North Arlington dumpster on October 4.[i] We remain appalled that there appears to be a pattern of mail delivery issues stemming from the Kearny processing facility.

This incident represents yet another jarring example of the mail delivery problems that have plagued North Jersey residents this year. On April 25, mail, including VBM ballots for municipal elections, was discovered dumped in several apartment building lobbies across Bellville, New Jersey. [ii] On May 5, stacks of ballots were similarly left strewn across the floor of apartment lobbies in Paterson.[iii] After municipal elections in our state, several other negative issues in North Jersey were discovered, including the Montclair post office closing early on the municipal election day, May 12. Finally, thousands of VBM ballots arrived too late to be counted for the municipal elections despite being postmarked by election day.[iv]

On July 7, 2020, New Jersey held its first nearly all VBM primary election. Over 6 million ballots and ballot applications were sent to registered voters through USPS. An unprecedented 88 percent of the 1.47 million New Jerseyans who voted in the primary did so through the mail.[v] In this election, 9,550 ballots were rejected because they arrived after the one-week deadline following election day. This was the reason for over a quarter of all ballots being rejected.[vi] It was not until September 28 that USPS acknowledged in public court filings that 6,535 ballots were improperly postmarked for July 8 despite being received by the deadline of July 7, an outrageous and likely unlawful breach of trust.[vii]

County clerks across New Jersey have already mailed prepaid postage VBM ballots to all the state’s approximately 6.2 million registered voters. In the coming weeks, up until the night of November 3, New Jerseyans will rely on USPS to follow through on its commitment for timely delivery of complete ballots. These recent events in our communities call into question whether USPS is committed to ensuring every ballot is delivered and counted during this fast-upcoming national election.

On September 30, 2020, Members of the New Jersey congressional delegation requested an emergency visit to the Dominick V. Daniels Processing and Distribution Center in Kearny. This facility has been at the center of mail delivery problems in North Jersey.[viii] In response to our request, USPS officials claimed that “Members of Congress who are running for reelection are not allowed to tour a postal facility within 45 days of a primary or general election because it places Postal Service employees at an unreasonable risk of violating the Hatch Act”. This is an absurd perversion of the law. There is no clear basis to block Article I congressional oversight. These excuses call into question whether USPS is intentionally blocking Congress from investigating legitimate and repeated mail delivery issues ahead of the upcoming election.

Indeed, recent reporting indicates that this rule is recent and has been applied inconsistently, with elected representatives being blocked from visiting postal facilities outside of the 45-day window ahead of the election.[ix] The recently discovered dumped mail in North Arlington, originating from the Kearny facility, underscores the importance of continued oversight to ensure our constituents can rely on USPS to safely vote.

As you investigate the dumped mail in North Arlington, we ask that you determine whether there is a connection to other mail delivery issues that have plagued our constituents this year. Further, we ask you probe the USPS for the selective enforcement of blocking democratically elected representatives from conducting oversight of mail facilities ahead of the national election. This includes reviewing how this rule was implemented and determining whether it is legally permissible for USPS to block Members of Congress from access to postal property. Finally, we ask that you keep us informed of any developments of your investigation and provide our offices with a report upon completion.

It is essential USPS maintain transparency and allow for oversight by democratically elected representatives of the people. Thank you for your immediate attention to this request.