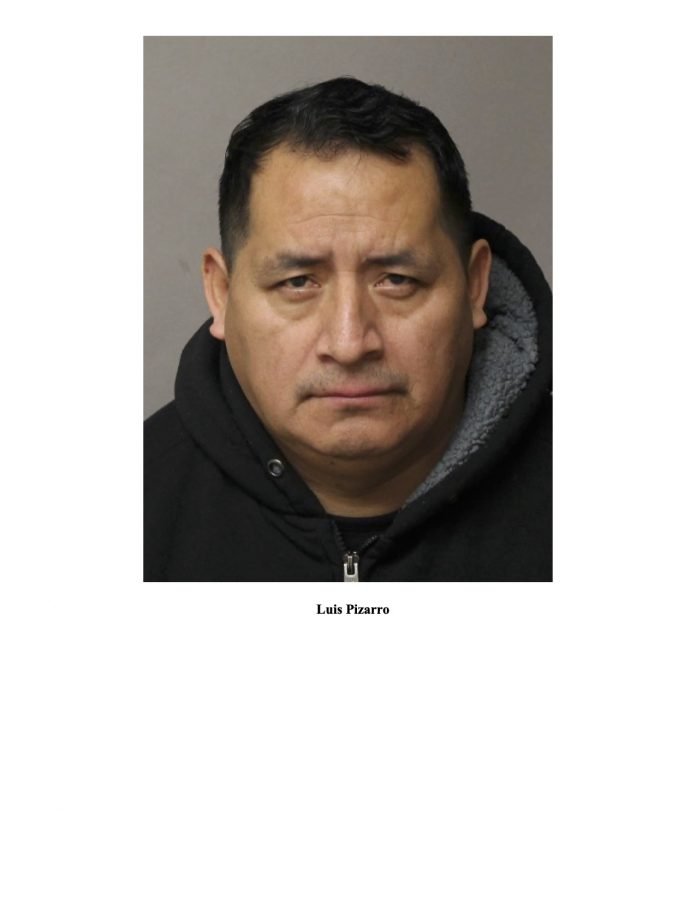 Passaic County Prosecutor Camelia M. Valdes and Passaic Police Chief Luis A. Guzman have announced that 47-year old Luis Pizarro from Passaic, New Jersey, pleaded guilty to the sexual assault of a child.  Pizarro was arrested on November 15, 2019 after an investigation conducted by the Passaic County Prosecutor’s Office Special Victims Unit and the Passaic Police Department.

On October 25, 2019, the Passaic Police Department responded to a residence in Passaic on a report of a suspicious act involving a fourteen-year-old child. Police were able to interview multiple witnesses, including the victim, who reported that Pizarro committed the sexual assault in the backseat of his car in a parking lot in the City of Passaic.

Earlier today, Wednesday, March 24, Pizarro pleaded guilty to one count of second degree Sexual Assault before the Honorable Sohail Mohammed, P.J.Cr. Pursuant to the terms of the negotiated plea agreement, the State has recommended that Pizarro serve five years in New Jersey State Prison subject to a two and a half year parole disqualifier. Upon release from prison, Pizarro will be subject to the special sentence of Parole Supervision for Life and registration requirements pursuant to Megan’s Law. Sentencing is scheduled for May 14, 2021 before Judge Mohammed.

The Passaic County Prosecutor’s Office did not reveal the gender of the 14-year old victim.