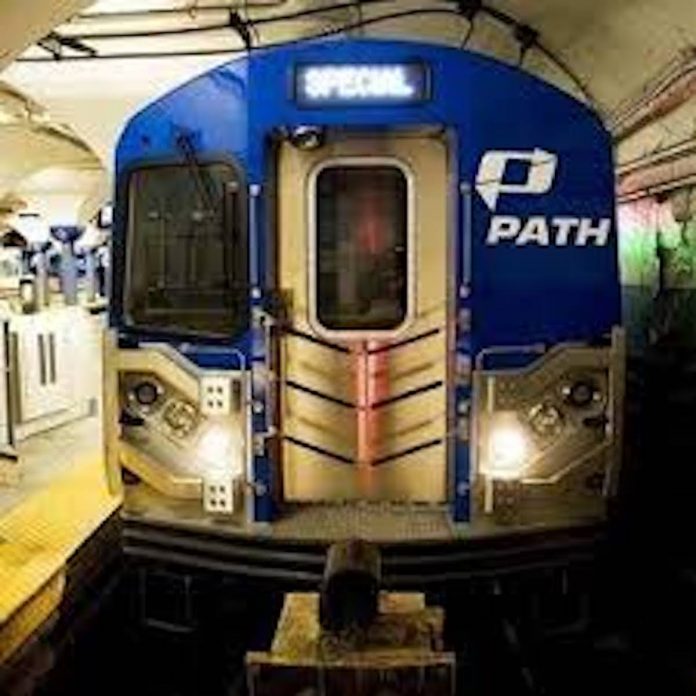 System Will Be Similar to MTA’s New OMNY

The PATH commuter rail system connecting New York and New Jersey is expected to implement the next generation of contactless fare payment and collection technology, allowing riders to “tap and go” with their mobile devices and credit/debit cards. The new system will be similar to the MTA’s One Metro New York (OMNY).

The Port Authority Board of Commissioners will be asked to give final approval at its meeting this Thursday to enter into a contract with Cubic Transportation Systems, Inc. to complete the design and installation of the new contactless PATH fare payment system. The contract would include software development and installation, the purchase and installation of required equipment and upgrades, and the implementation of all backroom processing capabilities necessary to support the new system.

The next generation system will enable customers to use their mobile devices or any contactless credit/debit card at PATH turnstiles, without relying on PATH-issued fare cards or pay-per-ride MetroCards.

“PATH is continually searching for innovative ways to enhance the travel experience for all of our riders,” said PATH General Manager/Director Clarelle DeGraffe. “With this new system, we’ll be adopting the most current and effective technology to advance that goal and make for a more seamless experience at the turnstile.”

The estimated cost for the new system is $99.4 million, which includes earlier Board-approved expenditures for planning and early preparation work in the amount of $40.6 million. Once the new system is operational, Cubic also will provide operational and maintenance services at an annual cost of $5.1 million over the course of the first six years of operations, PATH having the option to extend the operation and services with Cubic for two, five-year periods at a cost of $6.6 million per year. In addition, it will continue to provide administrative services for fare payment software and equipment.

Installation of the new system is not expected to cause any disruption to service. The new equipment will be phased in while the current system remains operational. The new system is scheduled to begin a pilot phase at select stations by the middle of 2023 and phased rollout to be implemented in the second half of 2023.

The current fare payment system, installed in 2007, is antiquated and forces PATH riders to use a physical fare card such as a SmartLink card or pay-per-ride MetroCard with no option to use their mobile device or credit/debit card. When the new system is operational, customers of both PATH and the MTA will be able to use their phones, credit or debit cards for both systems to travel between New York and New Jersey.

The new fare payment system will also create a PATH fare card, similar to the current SmartLink card, which will sunset in 2024, for passengers who wish to use that method of payment.

PATH reported three million riders in September 2021, which was down 56 percent from September 2019. Ridership increased 12 percent from August 2021.  Pre-pandemic, the 2019 average daily weekday ridership on PATH reached a record 284,380.

2021 marks the Port Authority of New York and New Jersey’s Centennial Year. The bi-state agency builds, operates, and maintains many of the most important transportation and trade infrastructure assets in the country. Founded in 1921, the agency’s network of aviation, ground, rail, and seaport facilities is among the busiest in the country, supports more than 550,000 regional jobs, and generates more than $23 billion in annual wages and $80 billion in annual economic activity. The Port Authority also owns and manages the 16-acre World Trade Center site, where the 1,776-foot-tall One World Trade Center is now the tallest skyscraper in the Western Hemisphere. The Port Authority receives no tax revenue from either the State of New York or New Jersey or from the City of New York. The agency raises the necessary funds for the improvement, construction or acquisition of its facilities primarily on its own credit. For more information or for updates from the Now Arriving blog, please visit https://www.panynj.gov/blog.