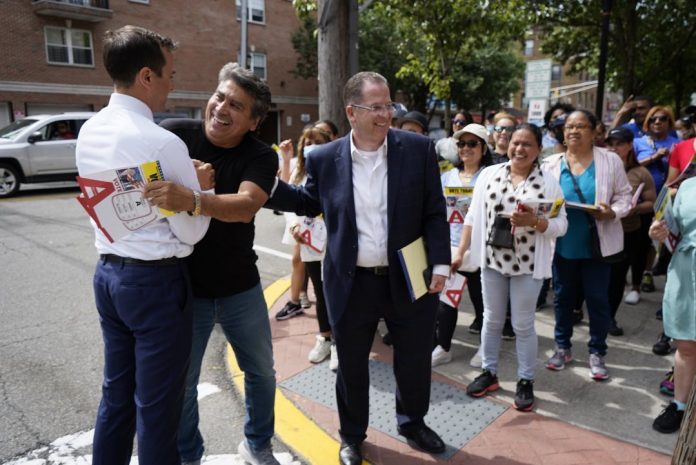 While there is not real drama in Hudson County on this Primary Election Day, as the few municipalities holding Council or Mayoral elections have unopposed races, there are contested races in Hudson County for Congressional nominations leading into the November election.

In the 8th Congressional District, it’s a three way contest for the Democratic nomination to replace retiring Congressman Albio Sires, with Rob Menendez, Jr. the frontrunner having the support of the Hudson County Democratic Organization, as well as the backing of the Democratic leadership in Union and Essex Counties.  Menendez, son of New Jersey’s senior U.S. Senator, still must fend off challenges from David Ocampo Grajales and Ane Roseborough-Eberhard to appear on November’s ballot as the Democratic nominee. 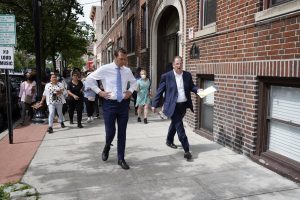 Marcos A. Arroyo is running unopposed for the Republican Congressional nomination in District 8.

Meanwhile, in the 10th Congressional District, 6-term incumbent Democrat Donald Payne, Jr. faces a challenge from Imani Oakley and Akil Khalfani.  In Hudson County, Payne represents part of Bayonne and Jersey City.  On the Republican side, David H. Pinckney and Garth Stewart are vying for the GOP nomination.

Earlier today, Governor Phil Murphy tweeted his support for both Payne and Menendez.

Polls are open until 8 o’clock tonight.