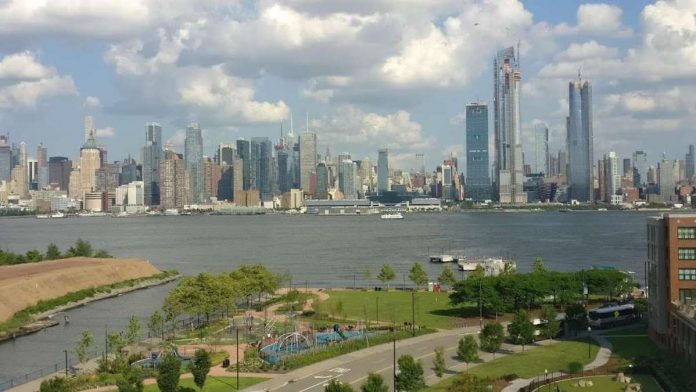 100,000 Good-Paying Jobs on the Line if Congress Leaves the Port Authority out of next COVID Bill

Wednesday, Port Authority of New York and Jersey Chairman Kevin O’Toole and Executive Director Rick Cotton called on the federal government to provide the Port Authority with $3 billion in direct financial assistance to avoid the devastating impact of sharp revenue losses to the agency’s critically important capital construction projects. The agency has projected revenue losses of $3 billion over 24 months as a result of the COVID-19 pandemic. The federal aid will protect the agency’s capital plan – and by doing so, to help drive the region’s and the nation’s economic recovery.

Without direct federal financial assistance, the Port Authority will be forced to urgently reconsider its 10-year capital plan. This would involve crippling the projects and undermining the creation of 100,00 good-paying jobs in a region that represents nearly 15 percent of national GDP. The projects at risk include the redevelopment of JFK Airport, new AirTrain systems for both LaGuardia and Newark Airports, replacement of the aging midtown Bus Terminal, the PATH extension to Newark Airport, and multiple important state-of-good-repair projects.

The economic impact of the capital plan is felt strongly both within the region and nationally. The projects drive hundreds of millions of dollars in contracts to local, minority and women-owned businesses, and overall the agency would expect to source nearly $17 billion worth of materials – steel, concrete, glass, mechanical and electrical equipment, and more – materials that are manufactured all over the country.

“The Port Authority is directly responsible for moving people and goods across the region and country every single day,” said Kevin O’Toole, Port Authority Chairman. “It is not only a bi-state agency but also a bipartisan one, having always been supported by leaders across the spectrum, who know that strong infrastructure ensures economic competitiveness and creates great jobs, and is provided by the Port Authority without relying on any tax dollars. We thank the New York and New Jersey Congressional delegations for their strong support and ask the leadership in the House and Senate to support job creation and fuel economic activity by including the Port Authority in the next aid package.”

“There’s a reason that the Port Authority has long received strong support from both sides of the aisle – the agency has always driven job creation and is poised to play a supportive role in the region’s and the nation’s economic recovery. Our capital plan creates 100,000 good local jobs and leverages more than $10 billion in private money,” said Rick Cotton, Port Authority Executive Director. “We are asking Congress to provide the Port Authority with direct financial assistance to offset its massive revenue losses so we can ensure critically important capital construction projects can move forward.”

The Port Authority is undertaking a series of critical, long-overdue infrastructure projects, some of which are deep into heavy construction. These projects employ, and will employ, tens of thousands of construction workers. And the timely commencement and completion of these projects – assuming that doing so is possible given the financial impact on the Port Authority associated with the coronavirus – will reshape the New York and New Jersey region for a generation to come, drawing on labor and supplies from across the region and beyond.

Without federal assistance, the Port Authority will be forced to reconsider its 10-year capital plan which includes the following critical projects:

Front Street in Secaucus To Be Repaved

Front Street in Secaucus To Be Repaved - Hudson TV

The Town of Secaucus will be receiving a State Department of Transportation grant for over more than $400,000 for the repaving of Front Street. The money is part of $161-million allotted to 500 municipalities across New Jersey. The total amount of the grant is $404,976. According to Secaucus officia...
View on Facebook
·Share

The coronavirus continues to take lives. Bayonne Mayor Jimmy Davis has announced that three Bayonne residents with COVID-19 have recently passed away. Two women, ages 70 and 82, as well as a 70-year old man have died. Mayor Davis extends his condolences, on behalf of all of Bayonne, to the families....
View on Facebook
·Share

Mayor Fulop Announces $10M to Transform Toxic Superfund Site into Brand New Waterfront Park for Jersey City Community Over 500 Trees being Planted to Memorialize each Resident Who Died During COVID and Wasn’t Permitted a Proper Funeral Due to COVID Restrictions; Each Name will be part of a Memoria...
View on Facebook
·Share

10 million for a park though?

Front Street in Secaucus To Be Repaved