As the Hudson County Prosecutor’s Office Homicide Unit continues its investigation into this morning’s discovery of two bodies in Jersey City with the assistance of the Jersey City Police Department, what information is known about the victims?  Is this, in fact, a murder-suicide as the Prosecutor’s Office is speculating at this time?

While that determination won’t officially be known until the Regional Medical Examiner’s Office concludes its findings, what information can be revealed right now?

As the Hudson County Prosecutor stated in a press release this afternoon and Hudson TV reported earlier, the body of 37-year old, Jersey City resident Man Mohan Mall, was found in the waters of the Hudson River near the foot of Montgomery Street and Exchange Place.  Officers from the Jersey City Police Department pronounced him dead at approximately 7:55 this morning.

According to Mall’s LinkedIn account, he was a Vice President at Deutsche Bank Securities since October, 2016, where he specialized in credit derivatives, including private equity, hedge funds, asset management and insurance companies.  He graduated in 2009 from Columbia Engineering with a Masters in Science, Financial Engineering.

Mall lived on Christopher Columbus Drive in Jersey City, where police found 35-year old Kothari Garima unresponsive 50 minutes earlier.  According to the Prosecutor’s Office, she had apparent trauma to her upper body and was pronounced dead at approximately 7:15.  She also reportedly was a resident of the apartment.

According to an article published on November 30, 2016 on chicpeajc.com, Garima Kothari, as she was referred to, was a pastry chef in Jersey City.  The website called Garima, “a rock star, and it’s clear that she’s extremely talented.  She catered for the Jersey City International Film Festival recently, she received an education from Le Cordon Bleu in Paris, she’s been a pastry chef at multiple fine dining restaurants across the globe, and she was in the Top 15 on MasterChef in India (which is beyond awesome)!”

The article goes on to say she was a food photographer for commercial food products, was a food stylist and a certified Sommelier.  She even conducted food workshops and was an events organizer for many companies.

Prior to becoming a chef, Garima was an investment banker.  She lived in Florida, Paris and Mumbai, India before moving to Jersey City late in 2015.

Garima was the owner of an Indian Restaurant named  Nukkad in Jersey City and apparently she was struggling to keep the business afloat therefore asking for donations according to her last facebook post. (see below) 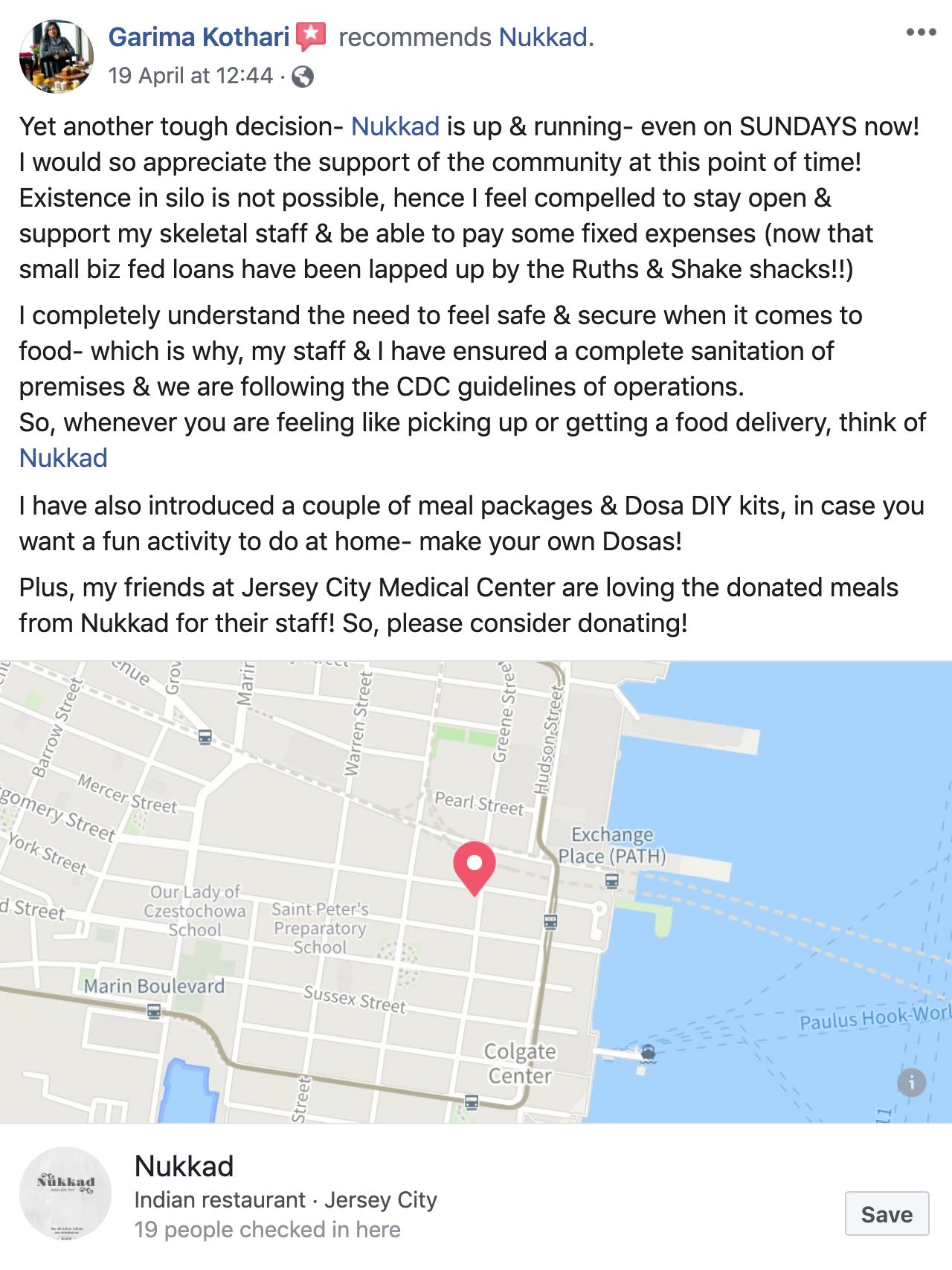 So for now, the question remains, what exactly is the link between the two victims and why has the Hudson County Prosecutor’s Office speculated these two deaths are a possible murder-suicide?

We await the results of the Regional Medical Examiner’s autopsies for that answer.

Photo Credit: The Hudson School There’s still time to register for what is becoming an annual tradition for Hoboken’s, The Hudson School. The third annual golf classic, scheduled for Monday, June 14th at the Rock Spring Golf Club. Scheduled to get underway at 3PM (shotgun start at 4PM), golfers ...
View on Facebook
· Share
Share on Facebook Share on Twitter Share on Linked In Share by Email
View Comments

Thank you Mayor Stack. You te the best mayor UC has ever had.