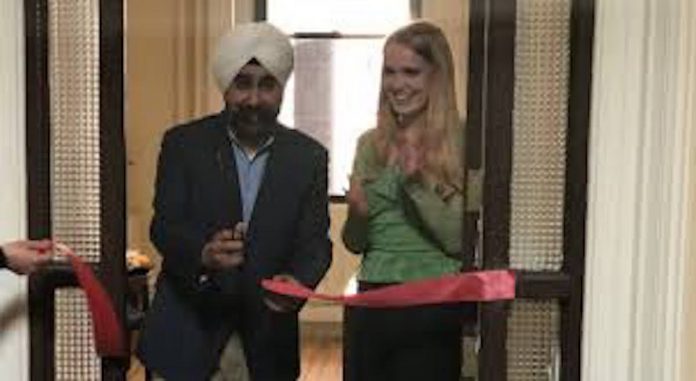 The Hoboken City Council voted 6-3 back on May 20th to permanently shutdown the Office of Constituent Affairs.  The move was opposed by Mayor Ravi Bhalla.  Caroline Caulfield was the go to person in the office, serving as Chief of Constituent Affairs.  With the abolishment of the office by the City Council, Caulfield has chosen to leave City Hall and no longer is employed by the city.

“I’m very grateful for the services Caroline Caulfield provided to the residents of Hoboken over the past two years,” said Mayor Bhalla. “Since we established the Office of Constituent Services in 2018, Caroline has been the go-to person for our most vulnerable populations, assisting with critical issues including unemployment during the COVID-19 pandemic, housing needs, and initiating critical changes such as our mold ordinance to protect residents. I wish Caroline well, and know that she has an incredibly bright future ahead of her. We will do everything we can to maintain constituent services despite the unfortunate elimination of this office and Caroline’s departure.”

Councilwoman At Large Jabbour stated, My thanks to Caroline for her extraordinary work, especially to have achieved so much in such a short time. It is truly unfortunate that her office was put in the crosshairs of an attack on the Mayor and his decisions in that capacity. The Office of Constituent Services achieved something that is hard to do – make government easier to navigate and access. I regret that due to politically motivated retribution, our community no longer has the benefit of this office and the effective support they provided. Thank you to Caroline for her service and I wish her all the best.”

Councilman Phil Cohen added, “Caroline Caulfield has a great career ahead of her.  On behalf of the people of the 5th Ward, I wish her continued success and thank her for her service. Unfortunately, the people of Hoboken are now less well served without her, as a result of the City Council’s abolition of the Office of Constituent Services which she served so well.”

During the COVID-19 pandemic, the Office of Constituent Services, led by Ms. Caulfield and Migdalia Pagan-Milano, assisted over 1,000 residents, helped recruit 250 volunteers to feed over 900 seniors with the Health and Human Services Department, connected food-insecure families to critical groceries from the Hoboken Food Pantry, assisted small business owners with PPP applications, facilitated unemployment claims from the State for dozens of residents, and more.

In 2019, the Office of Constituent Affairs serviced approximately 2,500 requests from residents, assisted with 50 cases in coordination with the tenant advocate, oversaw 1,050 requests through the Hoboken 311 system, sent over 6,000 emails on behalf of constituents, and held open office hours for residents.

In a letter written on May 19, Reverend Monsignor Michael Andreano called the abolishment of the Office of Constituent Services an “abomination” and urged the City Council to save the office from elimination. Read Monsignor Andreano’s letter by clicking here.