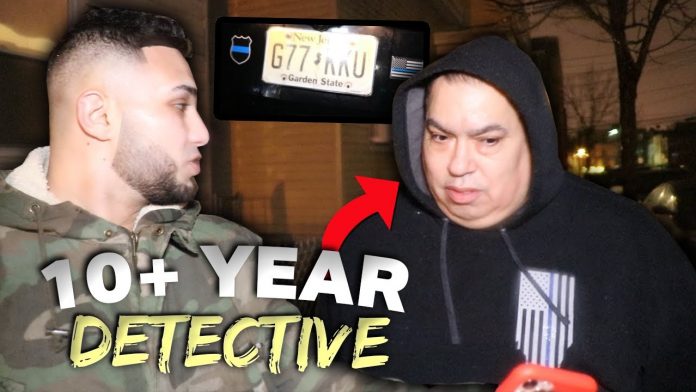 Numerous times throughout the video you hear the man saying he’s an investigator.  He repeatedly denies he was doing anything wrong, saying “I’m a married man.”

The nearly 24 minute video shows the person from Predator.Catchers.Alliance and his cameraperson, following this person, allegedly identified as Edgar Martinez, down several streets until he eventually gets into his car, a Ford Explorer, and drives away.  The entire time he denies he had done, or was about to do, anything inappropriate.  The organization identifies itself as a dating app which catches child predators.

After being confronted by the You Tube host, the man denies that he was in the app’s chatroom a few minutes earlier, and said, “I’m here.”  The host shows the chat room message to the TV screen.  The man continually denies he was doing anything illegal.

The You Tuber at one point says he works with the West New York cops and his channel “gets millions of viewers.”  He adds that Predator.Catchers.Alliance “has gotten many predators arrested and convicted.”

Hudson TV received an email today from West New York spokesman J.P. Escobar which stated, “The person in the video is not affiliated with the West New York PD or Town of WNY in any manner.  The Town of West New York is taking this alleged crime very seriously, and the WNYPD is currently conducting a thorough investigation.  Any person with information should reach out to the WNYPD Detective Bureau at 201-295-5011.”

Near the end of the video, the host receives a telephone call from one of his 80,500 You Tube subscribers.  The caller says he just called the Jersey City Police Department and was told that the Department has an officer whose name is Edgar Martinez.  There is no proof that the man in this video is that alleged Jersey City Police Officer.