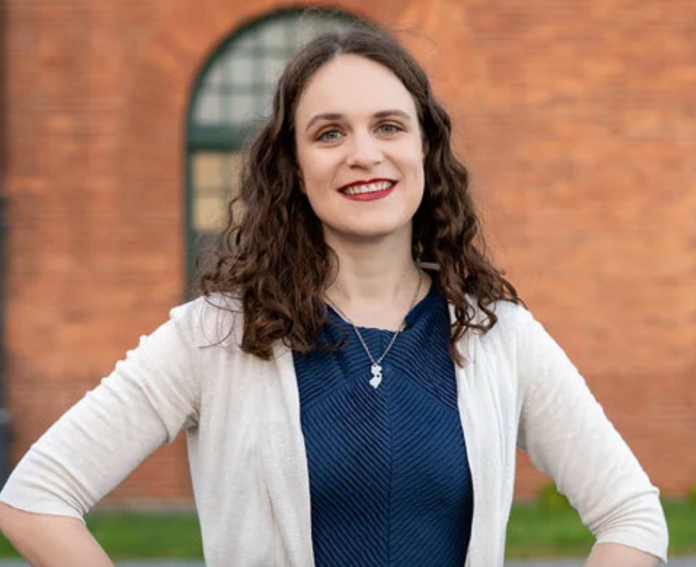 In a tweet Little stated, “I’m running for #HudsonCounty Executive so we can build strong communities where everyone can thrive, raise a family, and age with dignity. Join us: http://eleanalittle.com.”

Little ran an aggressive campaign for Freeholder two years ago, off line without the HCDO’s support.  She now faces a June 6, 2023 Democratic Primary against Guy, current County Executive Tom DeGise’s Chief of Staff.

In announcing her campaign, Little stated, “I’m running for county executive because I believe that everyday people deserve a government that works for them. I’m committed to making Hudson County a place where everyone–not just a privileged few–can afford to thrive, to raise a family, and to age with dignity.”

Little’s website states, “As a resident of Hudson County, Eleana Little has witnessed firsthand the struggles faced by everyday people in the region, from rising rents to rising flood waters, unsafe streets, and an affordability crisis. She believes that county government should be working for the people, not just for politicians and their privileged allies. That’s why Eleana is running for County Executive – to bring real change to Hudson County and put the needs of everyday people first.

​Eleana is a proud lifelong resident of New Jersey. She volunteers in Jersey City for several community organizations, including the Harsimus Cove Association, where she has served as President, and Friends of Liberty State Park, where she has testified in Trenton on several occasions to protect our urban green space. Professionally, Eleana is an environmental engineer, with a bachelor’s degree from Rutgers University and a master’s degree from UC Berkeley, as well as a professional engineering license. She has worked in drinking water and stormwater management, green infrastructure, and flood resilience for New York City and elsewhere in New York and New Jersey. She will use this experience to make sure Hudson County makes smart investments in infrastructure to protect our communities from flooding.

​Eleana cares deeply about building a just and equitable future for our community and making sure that our government truly represents the people, not special interests. She is not accepting any donations from real estate developers or corporate PACs, and she commits to holding at least four town halls each year when elected.”

In addition to County Executive, all of Hudson County’s Commission seats (formerly Freeholder) will be on the June Primary ballot.

Craig Guy not only has the complete support of the HCDO, he has been endorsed by Governor Phil Murphy and Assembly Speaker Craig Coughlin.