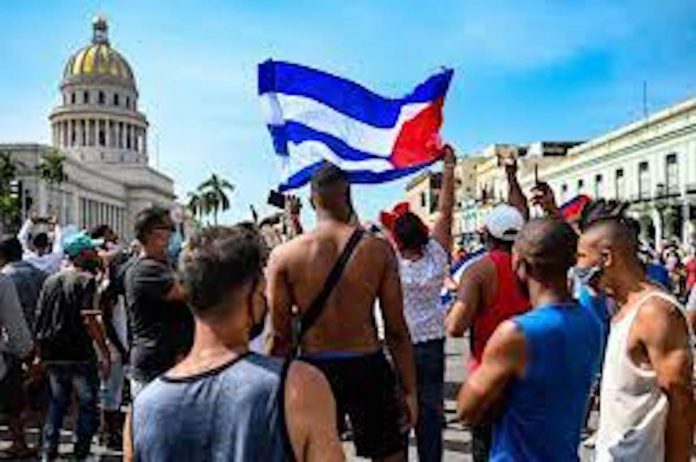 (Washington, D.C.) –After the House of Representatives adjourned without passing legislation on Cuba, Congressman Albio Sires (D-NJ), Chairman of the Subcommittee on the Western Hemisphere, Civilian Security, Migration, and International Economic Policy issued the following statement:

“I am deeply disappointed that the House of Representatives failed to take action to support the Cuban people before leaving for August recess. Since July 11th, tens of thousands of Cubans have taken to the streets to call for an end to this brutal dictatorship. Many Cubans have paid a steep price for their courage, as more than seven hundred people have been detained or forcibly disappeared. The regime has cut off internet access and used beatings, arbitrary arrests, and torture to try to stop people from protesting. The only thing the Cuban people have requested from the international community is our support.

“Over the last few weeks, I have worked closely with bipartisan colleagues to take meaningful action to support Cuba. We attempted to increase funding for pro-democracy advocates on the island, expand media freedom programs, and support internet circumvention tools that are enabling Cubans to overcome the regime’s restrictions. We also sought to pass a bipartisan resolution expressing solidarity with the Cuban people and condemning the abuses of the regime, which gained the endorsement of the Congressional Hispanic Caucus. None of these efforts should be divisive or controversial, yet all of them were blocked.

“Having fled Cuba at age eleven, it is frustrating and painful to see the issue of Cuba policy treated like a zero-sum political game. To me, the issue of Cuba has never been about politics. It has been and always will be about helping the Cuban people become free.

“Despite these setbacks, I have not given up hope. I am deeply inspired by Cubans’ calls for freedom and I will continue to do all I can to support the Cuban people in the weeks to come.”