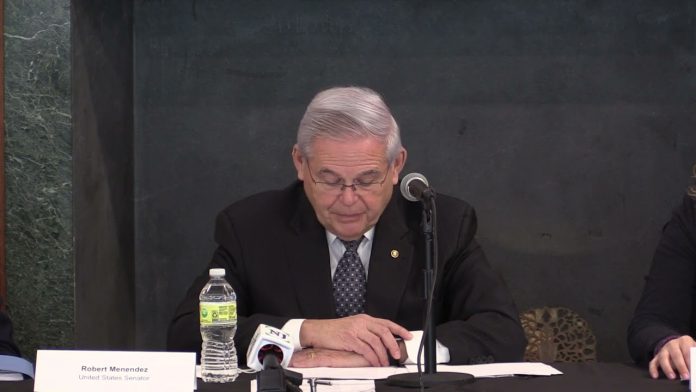 Sources reported this afternoon that New Jersey’s senior United States Senator, Democrat Bob Menendez, is under a federal criminal investigation for the second time in seven years.  Menendez adviser Michael Soliman confirmed the report in a statement to news outlets. saying, “Senator Menendez is aware of an investigation that was reported on today, however he does not know the scope of the investigation. As always, should any official inquiries be made, the Senator is available to provide any assistance that is requested of him or his office.”

The investigation is being conducted by federal prosecutors in Manhattan, the sources said. The exact nature of the investigation was not immediately clear.  Neither the United States Attorney’s Office for the Southern District of New York or the FBI would comment on the matter.

Menendez, who serves as Chairman of the Senate Foreign Relations Committee, was previously indicted on corruption charges in April, 2015 due to his relationship with Florida ophthalmologist, Salomon Melgen.  At the time, Menendez was accused of taking nearly $1 million worth of campaign contributions and expensive gifts.

The Senator pleaded not guilty. to the charges, and the trial ended with a hung jury.  The charges were dismissed in 2018.

Melgen ultimately was convicted of defrauding Medicare patients, but his prison sentence was commuted by former President Donald Trump in his final hours in the Oval Office.