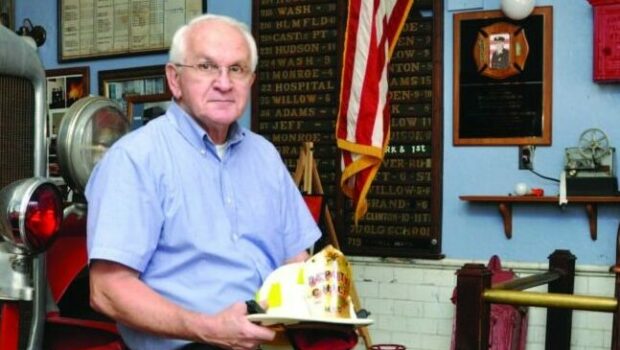 Sad news coming out of Hoboken, as the Fire Department has announced the passing of 80-year old, retired Deputy Chief William Bergin following an illness.

Bergin proudly served the Department with distinction for 31 years from 1960 until 1991.  He was a veteran and a President of PFANJ Local 1076.  Deputy Chief Bergin also was instrumental in founding and curating the Hoboken Fire Museum and served as the city’s Public Safety Director from 2007 until 2009.

He is survived by his loving wife Margaret, his daughters Corinne and Allison, two grandchildren, as well as numerous cousins, nieces and nephews.

A funeral mass will be held on January 7th at 11 am at St. Francis Church on Jefferson Street in Hoboken.