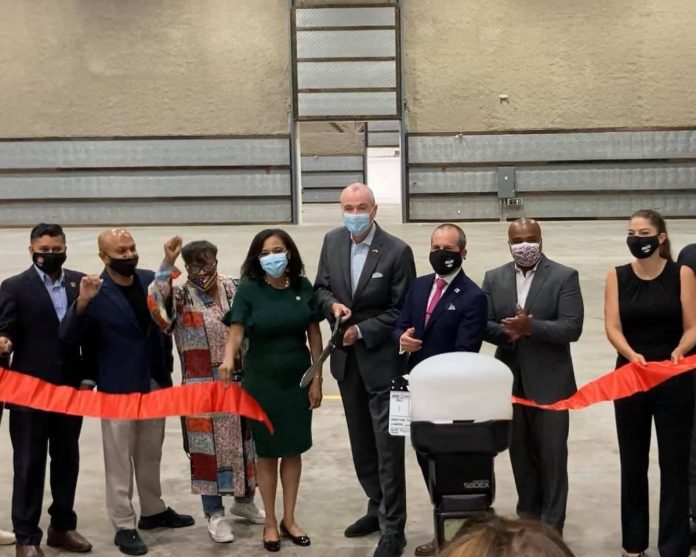 Cinelease Studios, Caven Point is the First Purpose-Built Studio in the State

JERSEY CITY – Governor Phil Murphy on Friday cut the ribbon on Cinelease Studios – Caven Point, the largest film studio in New Jersey, and the first purpose-built facility of its kind in the state.

“When we reinstated the film tax credit in 2018 and expanded it late last year, this is exactly the type of project we envisioned,” said Governor Murphy. “New Jersey is where filmmaking began, and we are quickly regaining the reputation as a premier location for both film and television production.” 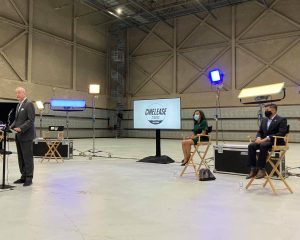 “New Jersey has long been a meaningful and oftentimes striking backdrop for filmmaking from independents to the modern streamers and blockbusters, said Gannon Murphy, General Manager of Cinelease.  “As Cinelease Studios, Caven Point opens its doors to film and television, our studio clients, filmmakers, and content creators no longer see New Jersey as background.  We are now the leading character.”

The new studio, located in Jersey City, features 70,000 square feet of stage space, along with workshop and flex space. The ceilings are 40 feet high and there are no columns in the sound stages. Cinelease anticipates booking two to four major television and film productions a year, putting 200 to 400 film crew technicians to work and supporting ancillary businesses such as catering, lumber, waste removal, equipment rentals, janitorial, security, and others.

With the reinstatement of the film and television tax credit and its subsequent expansion last year, New Jersey is quickly growing in status as a shooting location. In 2019, film and television productions in the state resulted in more than $420 million in economic activity. With a host of new movies, television series and commercials, as well as the addition of studios like Cinelease, the state is on track to surpass that number in 2021.

The studio will begin leasing immediately.