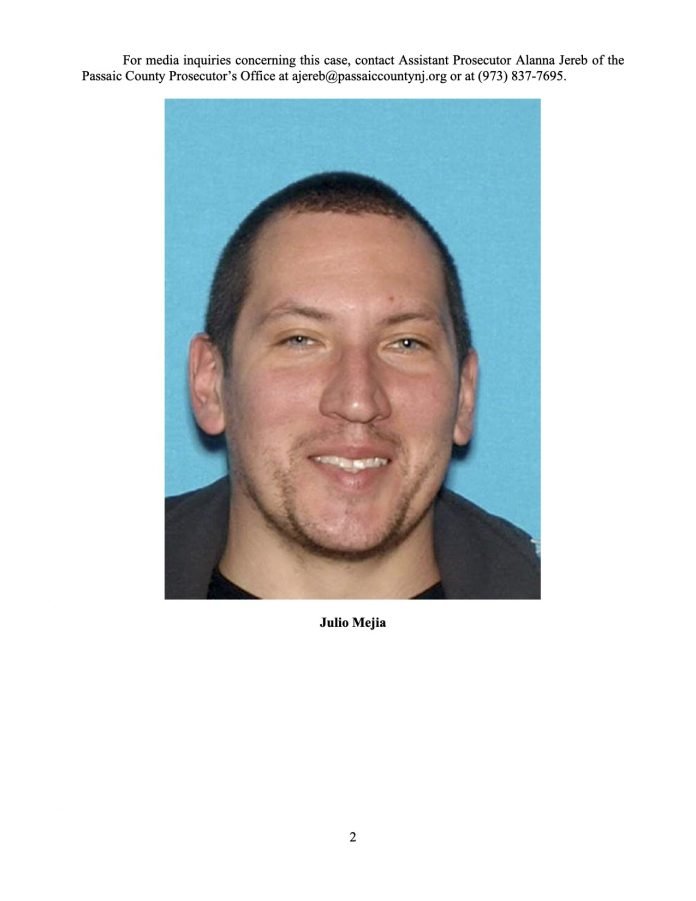 Passaic County Prosecutor Camelia M. Valdes has announced that Julio Mejia, age 41, of Wharton, New Jersey, has been indicted on multiple counts related to the sexual assault of a minor victim, whom he encountered as a passenger during the course of his part-time employment as a ride-share driver. At the time of his arrest, Mejia was an active member of the armed services.

A Passaic County Grand Jury has returned Indictment No. 21-03-00083-I, charging Mejia with several counts resulting from his sexual assault of a child between the ages of thirteen and sixteen, while he was at least four years older than the juvenile, that occurred in his vehicle in the Borough of Prospect Park between August 30, 2019 and September 21, 2019.  Mejia was indicted on two counts of second-degree Sexual Assault, two counts of fourth-degree Criminal Sexual Contact, one count of third-degree Endangering the Welfare of a Child, and one count of second-degree Luring or Enticing a Child.

A criminal indictment is merely an accusation. Despite this accusation, the defendant is presumed innocent unless and until proven guilty beyond a reasonable doubt.