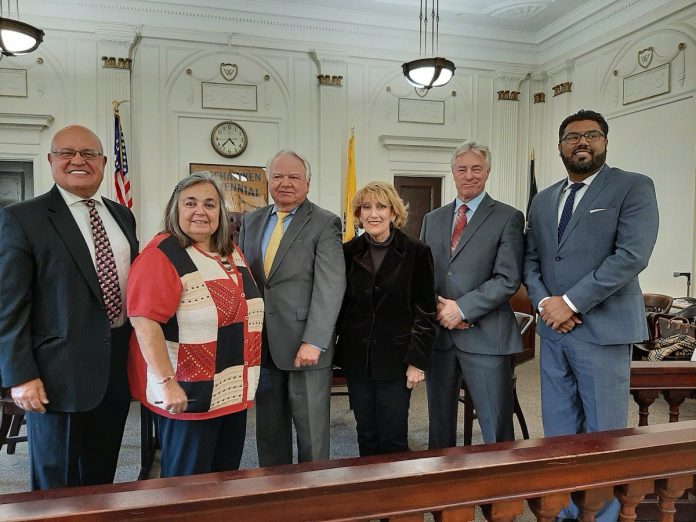 After retiring from the Weehawken Council nearly four years ago when he chose not to seek re-election, Robert Sosa was sworn-in on Thursday afternoon to return as 3rd Ward Councilman, filling the vacancy created when Raul Gonzalez stepped down to accept a new, professional employment opportunity which forced his relocation out of the township.

Sosa is no stranger to the 3rd Ward Council seat, having first been elected in November, 1977.  He served numerous terms, although not consecutively, over the years.

Mayor Richard Turner says he and the Council interviewed several candidates to fill Gonzalez’s seat, but he is confident they have made the proper selection in Sosa, who will also be the ticket’s candidate for the 3rd Ward seat when election time rolls around in 2022.