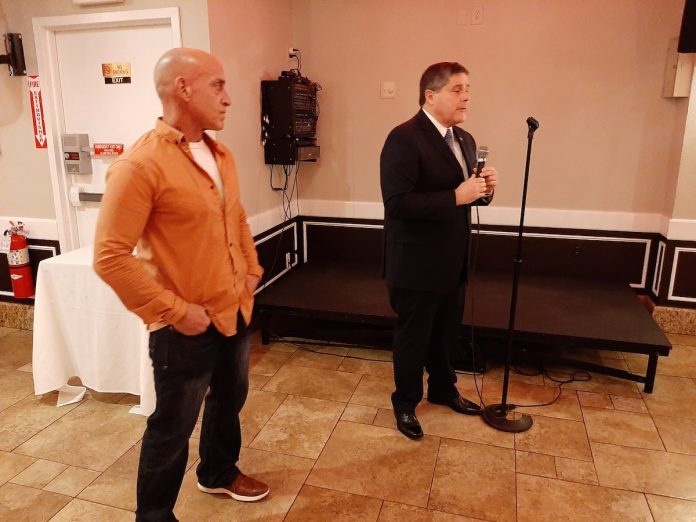 Former two term, West New York Mayor, Dr. Felix Roque, is taking another run at Town Hall.  On Thursday night at Las Palmas Restaurant, before approximately 150 supporters, he announced he is a candidate for Mayor in the upcoming May 9th municipal election.

Saying he has seen chaos for the past four years, with virtually nothing accomplished by the current Administration of Mayor Gabriel Rodriguez, who he criticized for making a New Jersey General Assembly bid, and a police department with no direction and poor morale, Roque said he could no longer sit idly by and do nothing.  Rather, he stated he would volunteer his time to fix the problems, indicating he would not take a salary.

Roque named former PBA President and retired Detective Tommy Mannion as one of his Commission running mates.  Mannion says he only agreed to join the ticket if he were named Public Safety Commissioner. 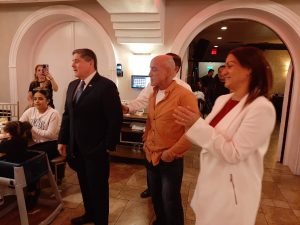 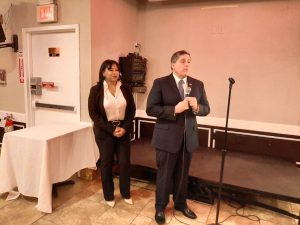 The second Commission candidate revealed by Roque was Carmen Baez, who declined an interview request by Hudson TV.  She is a real estate accountant according to Roque, who says she would become Revenue and Finance Commissioner.

Baez came to the United States 26 years ago.  She has two sons.

Roque indicated he would reveal his two remaining running mates within the next two weeks.  So far he has interviewed more than 25 people.  He did say one of the remaining candidates would also be Dominican.

Roque’s entrance into the race means three people are vying for the office of Mayor, as former Congressman Albio Sires, Mayor from 1995 through 2006, and current Commissioner Cosmo Cirillo, previously announced their intentions to seek the job.