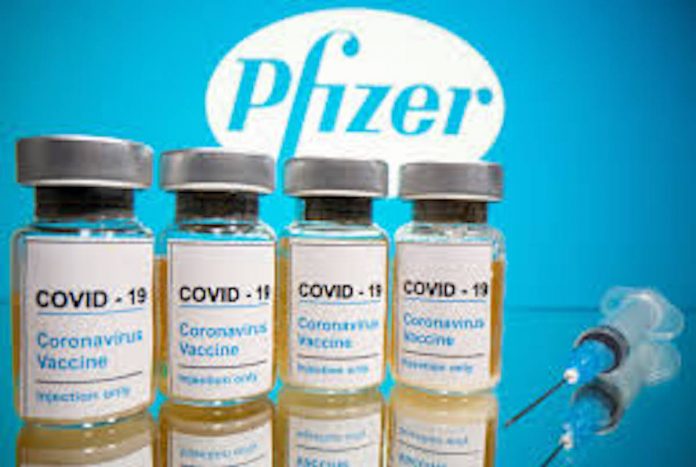 A group of independent scientists, by a vote of 17-4 with one abstention, has endorsed the COVID-19 vaccine developed by Pfizer Inc. and its partner BioNTech.  The panel is now urging the U.S. Food and Drug Administration to make the vaccine available for use.  Emergency use authorization by the FDA could come as soon as Friday.

To date, the coronavirus pandemic has killed more than 292,000 American citizens, and the numbers keep rising each day.  Once the FDA gives its approval, states will be able to place orders for the vaccine, with healthcare workers and nursing home residents being given first priority for the vaccine.

It is estimated that the general population, if a person so chooses, would receive the vaccine sometime in the spring, most likely in April.

The emergency vote to recommend approval of the experimental vaccine by the advisory committee would allow persons aged 16 and older to receive the inoculation if granted by the FDA.  Several panel members did express concerns in having to make an assessment of the vaccine on such an accelerated schedule.  They did, however, acknowledge the vaccine’s strong performance and the need to authorize a medication given the growing impact of the virus.

Dr. Paul A. Offit, a vaccinologist at Children’s Hospital of Philadelphia, who voted in favor of authorization, stated, “It isn’t a question of when you know everything, it’s a question of when you have enough” information to declare that a vaccine is worth a try.  He continued, “We have clear evidence of benefit.  All we have on the other side is theoretical risk.”

In Phase 3 of the clinical trial, Pfizer’s two-dose vaccine involved testing of more than 43,000 volunteers.  The vaccine was found to be 95 percent effective in lessening the risk for developing COVID.  During the abbreviated study period, 170 cases of the vaccine were produced.  162 were in volunteers who were randomly given a saline placebo.  Of the people given the actual vaccine, only eight developed the virus.

Another positive finding…no volunteers in the study suffered any serious side effects in the two month period after receiving the second dose of the vaccine. The most common side effect following dose number two?  Headaches, chills, fatigue and muscle pain.  People under age 55 were more likely to have a reaction to the vaccine, according to the study.

Six volunteers in the study did die, but the researchers determined their deaths were not the result of the vaccine.  The deaths included heart attacks, cardiac arrest and stroke.

No pregnant women participated in the Pfizer study.  The FDA is expected to see the results of animal studies next month which could determine whether a fetus is in danger if a mother is administered the vaccine.

Some panel members did question whether the FDA should permit people aged 16 and 17 to receive the vaccine, since only 153 volunteers fell into that age category during the clinical trial.

There was also concern about the lack of evidence from the Pfizer clinical trial regarding the vaccine’s effectiveness in people showing no signs of the illness, and the likelihood of them not spreading the virus.

Pfizer says it plans to monitor the volunteers in the study for a two year period to see how long the vaccine’s protection against COVID lasts.

Canada and Great Britain have already approved the use of the Pfizer vaccine.  Meanwhile, the advisory panel will meet again next week to consider another COVID vaccine developed by Moderna Inc. and the National Institutes of Health.