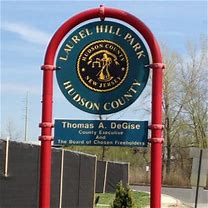 Despite losing nearly all of their Hackensack office in a Main Street fire last Saturday night, the Hackensack Riverkeeper has announced that seasonal renting of kayaks at Laurel Hill Park in Secaucus will return on May 30 and 31.

The announcement comes following Governor Phil Murphy’s declaration this week that canoe and kayak rentals may resume throughout New Jersey.  Captain Bill Sheehan says he is thrilled that both of the Riverkeeper’s Paddling Centers, the one in Secaucus and the other at Overpeck Park in Bergen County, will be open for business again.

Captain Sheehan also says the Riverkeeper plans to resume conducting its eco-cruises sometime during the month of June.

If it had not been for last weekend’s, three-alarm blaze, the kayak rentals would have been available for the Memorial Day weekend.  As for safety measures due to the coronavirus, the Captain says the kayaks and all of the equipment will be thoroughly washed down and disinfected after each use.

So, get on the water and have some fun.