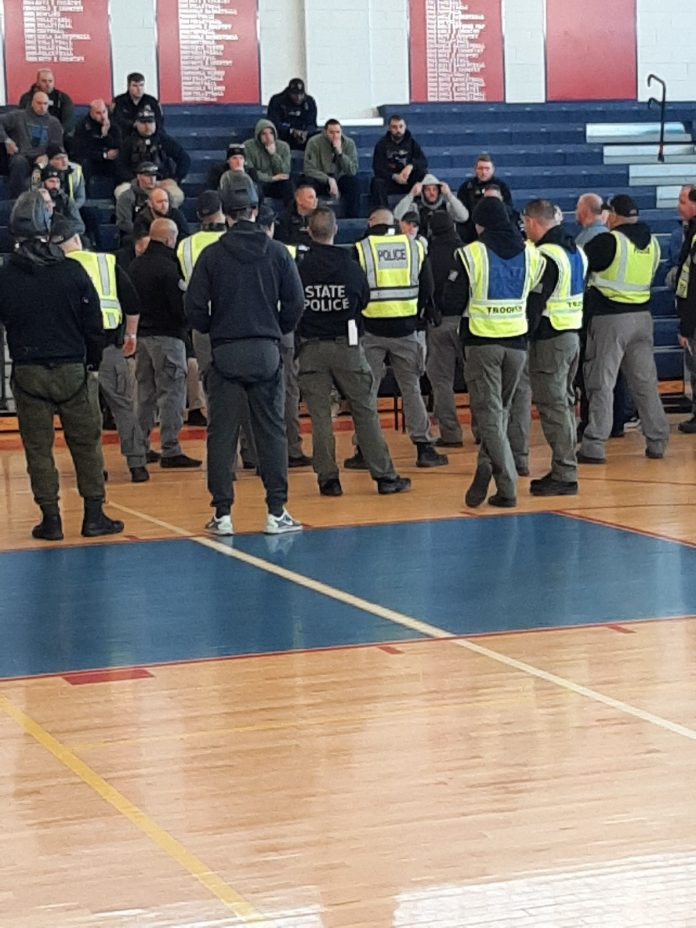 The Secaucus Police Department, under the direction of Chief Dennis Miller, conducted an active shooter drill on Friday at the Secaucus High School / Secaucus Middle School campus.  The training exercise featured numerous other law enforcement agencies, including the New Jersey State Police and Hudson County Regional S.W.A.T. unit which acted as observers and provided grades for the Department’s tactical operations.  Other law enforcement agencies, including the North Bergen Police Department, were on hand to observe and learn.

Fire, EMS, DPW, volunteer personnel who acted as victims in the scenario also took part in the drill, which featured more than 100 participants.

Chief Miller says there can never be enough training for department personnel.  The goal is to be ready in the event a real gunman, or more than one armed individuals, invaded the school campus.  The training was also important for members of the school community, who participated as actors in the morning and afternoon scenarios.