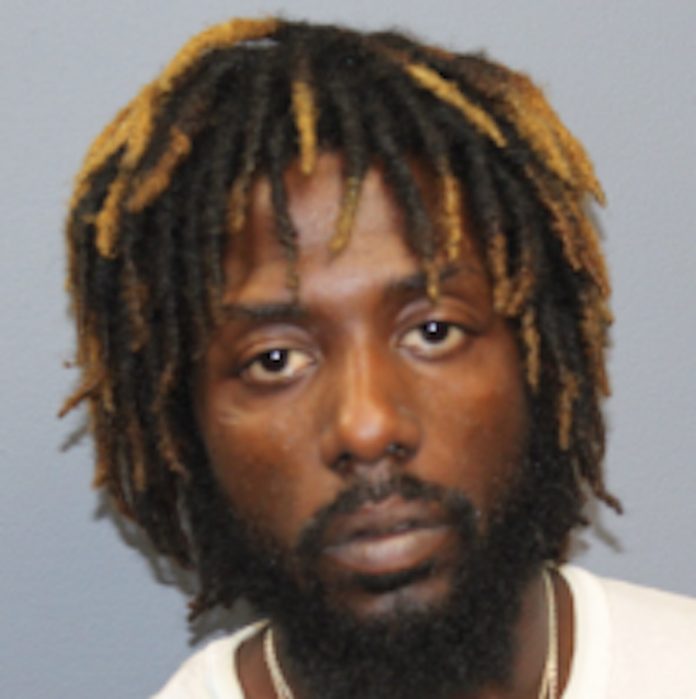 Loaded Handgun Seized by Secaucus Police
According to Secaucus police Chief Dennis Miller, Secaucus Police Officers this morning at 7:54 conducted a motor vehicle stop on Meadowlands Parkway for an expired registration and a brake light being out.
During the motor vehicle stop, the officers observed a handgun on the driver side floorboard. Timothy Williams was arrested and the Glock 43 9mm handgun was seized. The handgun was loaded with both hollow point and full metal jacket ammunition. It also had a round in the chamber. Additionally, suspected Psilocybin Mushrooms were seized from the vehicle.
“The amount of people in possession of illegal guns is quite alarming, especially this motorist who was carrying a loaded handgun at his feet,” Chief Dennis Miller said. “I commend the police officers involved for the seizure of another loaded handgun and their continued proactive policing methods.”
Timothy Williams, 33, of Virginia, was charged with Unlawful Possession of a Firearm [2C:39-5b(1)], Possession of Hollow Point Ammunition [2C:39-3f(1)], Unlawful Possession of Handgun Ammunition [2C:58-3.3] and Possession of a Controlled Dangerous Substance [2C:35-10a(1)].
He was lodged in the Hudson County Jail in Kearny. These charges are merely accusations and the defendant is presumed innocent until proven guilty.