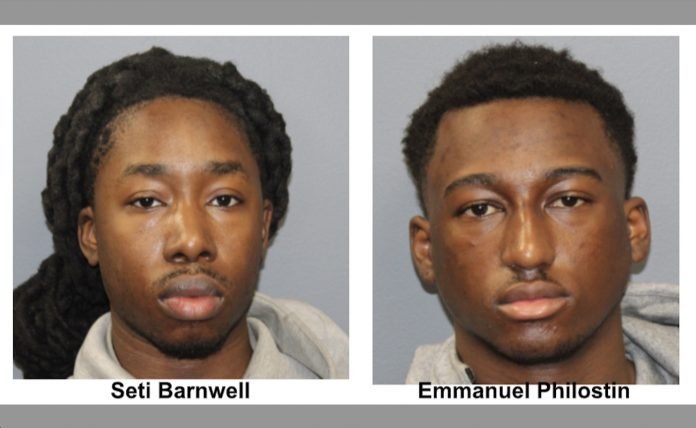 According to Chief Miller, 22-year old Seti Barnwell and 20-year old Emmanuel Philostin both of Brooklyn, New York were arrested on charges stemming from the motor vehicle stop.

The incident took place as follows: Police Officer Jonathan Padron was on patrol and observed a Dodge Charger on Meadowlands Parkway with heavily tinted windows.  Upon stopping the vehicle, it became known that the vehicle was alleged to have been involved in several gun point robberies in Nassau County, New York.  Chief Miller says the vehicle was subsequently impounded for further investigation.

The investigation resulted in a search of the vehicle.   Detectives recovered a loaded Taurus G2C, 9mm semi-automatic handgun along with two, .40 caliber fifteen round magazines.

“This gun arrest is another example of how members of the Secaucus Police Department will continue to proactively police the Town,” Chief Miller stated.  “The sheer amount of loaded guns possessed by the criminal element is quite disturbing, but I can only hope our criminal justice system will apply the law and administer a penalty that would deter criminals from possessing illegal firearms.”

They are being held in the Hudson County Jail in Kearny.   The charges they face are merely accusations and the defendants are presumed innocent until proven guilty.