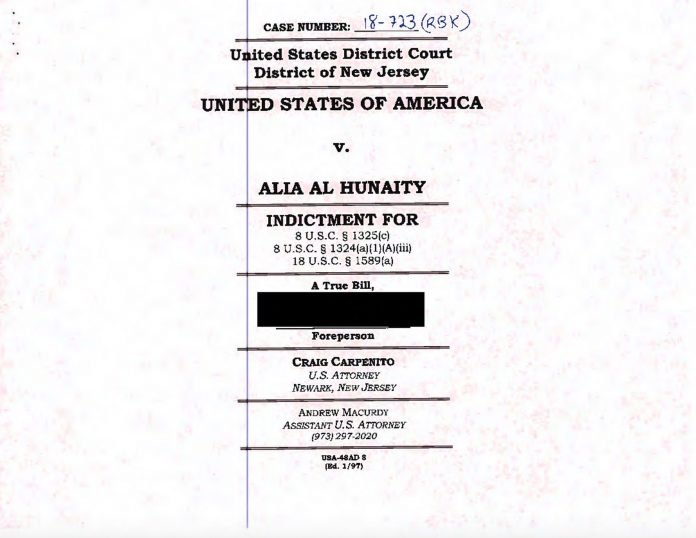 Alia Imad Faleh Al Hunaity, a/k/a “Alia Al Qaternah,” 44, was found guilty in May 2019 on all counts of the indictment against her following a six-day trial before U.S. District Judge Robert B. Kugler, who imposed the sentence today in Camden federal court.

In addition to the prison term, Judge Kugler sentenced Al Hunaity to three years of supervised release and ordered her to pay restitution of $1.2 million.

This case was prosecuted in conjunction with the interagency Anti-Trafficking Coordination Team initiative of the Departments of Justice, Homeland Security and Labor. ACTeams focus on developing high-impact human trafficking investigations and prosecutions involving forced labor, international sex trafficking and sex trafficking by force, fraud or coercion through interagency collaboration among federal prosecutors and federal investigative agencies.