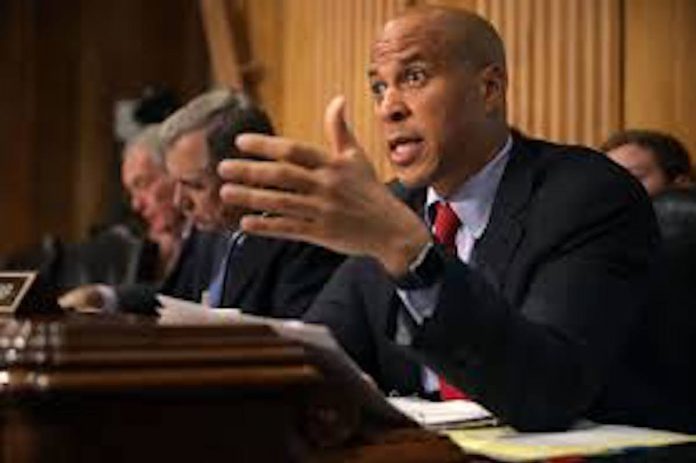 As America is shaken for the second time in less than a week following a senseless, mass shooting, the first in Atlanta, Georgia and the second yesterday in Boulder, Colorado, more and more public officials are speaking out for the reform of gun control laws and the closing of loopholes.

With the United States House of Representatives already passing two, gun reform measures earlier this month, the fate of of those proposed laws now rests with the United States Senate.  The likelihood of Senate passage remains modest at best, as Democrats will need ten Republicans to vote with them in order for the reforms to pass and avoid a filibuster.

President Joe Biden today called on the Senate to “immediately pass” the two bills approved by the House which would change current background check laws.  The President says gun laws should not be a “partisan issue.”  This is “an American issue.”

Cory Booker
Yesterday, there was another mass shooting in America. I wish I could say it was an isolated tragedy, but there was a mass shooting last week, too. My heart breaks for the victims — their families and friends — and the communities that have experienced this horror. We are so close to the end of this global pandemic, but it’s clear we have not taken near enough steps to end the mass shooting epidemic in America.
The Constitution lays out a clear mandate for Congress: “We the People of the United States, in Order to form a more perfect Union, establish Justice, insure domestic Tranquility, provide for the common defense.”
In my lifetime, more people have died of gun violence than in every single war in our nation’s history. We are way out of step with every other nation on the planet Earth in this respect, and yet somehow we don’t think we have the power to stop this. The communities across the country who face this reality every day, communities like the one I go home to, know we cannot wait any longer to make change real.
Those who stand in the way of gun safety measures rely on lies or fear-mongering about how somehow law abiding citizens won’t have access to guns — lies that are so easily dispelled by the evidence and the data. Most Americans, from both political parties, not just approve, but want common sense gun safety measures.
Grocery stores, churches, spas, and schools should not be the sites of deadly, hate-fueled acts of violence — not to mention daily gun homicides and suicides that have come to seem so routine they don’t even attract media coverage.
We do not have domestic tranquility. We do not have a common defense. And clearly we do not have justice.
We must fulfill our mandate.

In what can only be seen as a sick piece of irony, Boulder, Colorado banned assault weapons in 2018, but a court blocked the ban just ten days ago.

Republicans have criticized Democrats’ calls for tougher gun laws, using the argument they are trying to remove Americans’ Second Amendment rights.  They claim the proposals won’t solve the systemic system of violence we have in our nation.