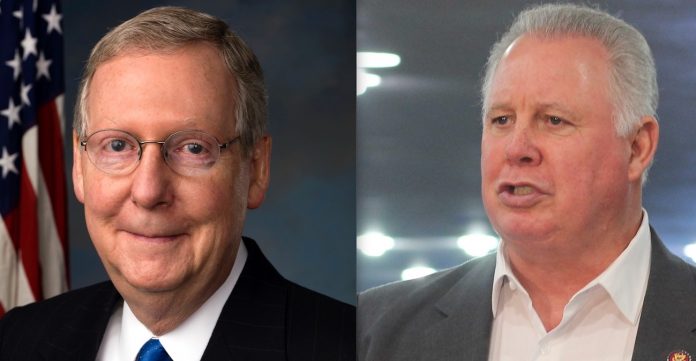 Congressman Albio Sires (D-District 8) on Sunday voiced in no uncertain terms, his total displeasure with Senate Majority Leader Mitch McConnell (R-Kentucky), who stated after the passing of United States Supreme Court Justice Ruth Bader Ginsburg’s death on Friday, that President Trump’s choice to replace the liberal icon will come before the Senate for a vote prior to the November 3rd Presidential election.

Members of the Democratic Party are warning Republicans to follow the same precedent set when Justice Antonin Scalia died in 2016.  That’s when the GOP refused to consider President Barack Obama’s choice for the seat, Merrick Garland, because they said it was an election year.

Today, Congressman Sires stated, “In 2016, Senate Leader McConnell refused to hold a vote on President Obama’s nominee for the Supreme Court after the passing of Justice Antonin Scalia. He argued that, because it was an election year, a confirmation vote shouldn’t be held until after the election so that the American people could have a voice in the selection of the next Supreme Court Justice. He made that statement on February 16, 2016, more than six months before the 2016 election. On Friday night, as our nation was rocked by the passing of Supreme Court Justice Ruth Bader Ginsburg and as early voting for the November election was already underway in some states, McConnell released a statement saying that President Trump’s nominee would receive a vote in the Senate.This decision is hypocritical, breaks with McConnell’s own past precedent, and makes it clear that he has a different set of rules for a Republican President versus a Democratic President. Due to the 2016 precedent, I strongly believe that no confirmation vote should occur until the 117th Congress begins.”

If a Senate confirmation hearing is held, it would give President Trump the opportunity to have a third justice placed on the High Court during his four years in office.  It would also cement a Conservative majority on the bench for years to come, giving Republicans a 6-3 majority.

“In the last midterm election before Justice Scalia’s death in 2016, Americans elected a Republican Senate majority because we pledged to check and balance the last days of a lame-duck president’s second term. We kept our promise. Since the 1880s, no Senate has confirmed an opposite-party president’s Supreme Court nominee in a presidential election year.

By contrast, Americans reelected our majority in 2016 and expanded it in 2018 because we pledged to work with President Trump and support his agenda, particularly his outstanding appointments to the federal judiciary. Once again, we will keep our promise.

President Trump’s nominee will receive a vote on the floor of the United States Senate.”