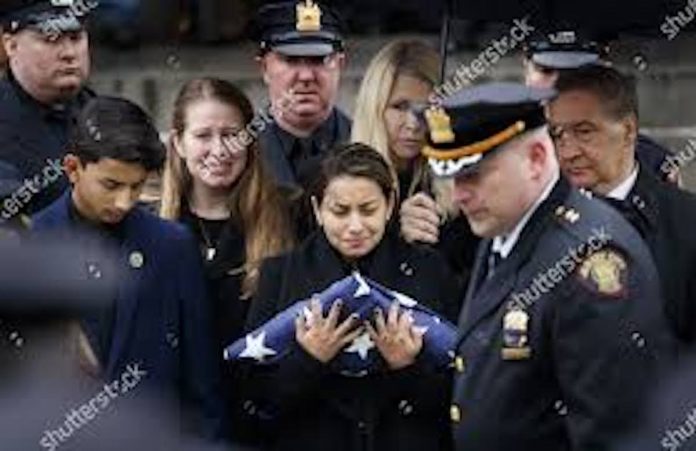 TRENTON – A state grand jury has voted not to file any criminal charges at the conclusion of its deliberations regarding the deaths of David N. Anderson, 47, and Francine Graham, 50, who were fatally shot by police after the couple shot and killed Jersey City Detective Joseph Seals, and then killed Mindy Ferencz, Douglas Miguel “Miguel” Rodriguez Barzola, and Moshe Deutsch inside a supermarket in Jersey City and engaged in a three-hour firefight with police on Dec. 10, 2019.

The fatal police encounter was investigated by the Office of Public Integrity and Accountability (OPIA) and presented to 16 to 23 New Jersey residents called to serve on the grand jury in accordance with Directive 2019-4, the “Independent Prosecutor Directive” issued in 2019. In July 2021, OPIA issued standard operating procedures (“SOPs”) to ensure that these grand jury presentations are conducted in a neutral, objective manner, and with appropriate transparency regarding the process, consistent with the Independent Prosecutor Directive. The investigation of this fatal police encounter included interviews of witnesses, collection of forensic evidence, review of video footage, and autopsy results from the medical examiner. After hearing testimony and evidence from the investigation, the grand jury concluded its deliberations on Monday, Nov. 15, and voted “no bill,” meaning a majority of grand jurors found the actions of the officers who shot Anderson and Graham were justified and no charges should be filed against the officers.

According to the investigation, on Dec. 10, 2019, Anderson and Graham encountered and killed Jersey City Police Detective Joseph Seals in Bay View Cemetery in Jersey City. Shortly thereafter, at approximately 12:21 p.m., Anderson parked a white U-Haul van directly across the street from the JC Kosher Supermarket at 223 Martin Luther King Drive in Jersey City. Graham was a passenger in the van.

Within seconds of parking the van, Anderson exited the driver’s side door with a rifle in his hand. He walked towards the JC Kosher Supermarket and began shooting. Graham exited the vehicle and entered the store as well. Anderson and Graham shot and killed three people in the store: Mindy Ferencz, 31, Douglas Miguel “Miguel” Rodriguez Barzola, 49, and Moshe Deutsch, 24. A survivor escaped the store shortly after the gunfire began. Anderson and Graham remained in the store for the entirety of the incident.

Officers near the scene responded within minutes of the start of the shooting and took incoming gunfire from Anderson and Graham. Two officers suffered non-fatal gunshot wounds. Several police officers exchanged gunfire with the assailants in the store.

A 2019 law, P.L. 2019, c. 1, requires the Attorney General’s Office to conduct investigations of a person’s death that occurs during an encounter with a law enforcement officer acting in the officer’s official capacity or while the decedent is in custody. It requires that all such investigations be presented to a grand jury to determine if the evidence supports the return of an indictment against the officer or officers involved.

After considering the facts, evidence, and testimony from the OPIA investigation, the state grand jury found the actions of the officers were justified. An officer may use deadly force in New Jersey when the officer reasonably believes it is immediately necessary to protect the officer or another person from imminent danger of death or serious bodily harm.

A conflicts check was conducted pursuant to the Independent Prosecutor Directive and no actual or potential conflict of interest was found involving any individual assigned to the investigation. Prior to presentation to the grand jury, the investigation was reviewed by OPIA Executive Director Thomas Eicher in accordance with the policies and procedures established for these presentations in the SOPs.

At the conclusion of these investigations, pursuant to the Independent Prosecutor Directive and SOPs, OPIA determines whether any principal should be referred to the appropriate law enforcement agency for administrative review in accordance with the AG’s Internal Affairs Policy & Procedures. OPIA monitors any resulting review and takes such actions as are necessary to ensure that the review is completed in a timely fashion, and that appropriate actions are taken based on the results of the review.

The Independent Prosecutor Directive is posted on the Attorney General’s website at this link:
https://www.nj.gov/oag/dcj/agguide/directives/ag-Directive-2019-4.pdf

Further information about how fatal police encounters are investigated in New Jersey under the directive is found at this link:
http://www.nj.gov/oag/independent-prosecutor/