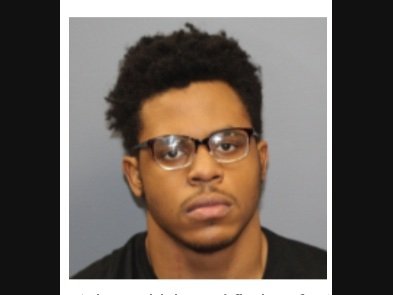 An 18-year old, East Orange man, identified as Raymond Scott, carjacked a vehicle just past 6 pm on Saturday from the Shell gas station at 300 Route 3 East in Secaucus.  The Altima was left running when the driver exited the vehicle, leaving his girlfriend and their baby inside, and went into the convenience store at the gas station.  When he came out of the store, the teenager jumped into the car and sped off with the two victims still inside. 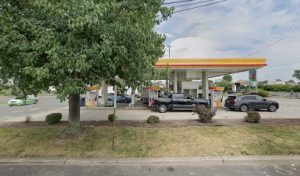 The father held onto the driver’s side door, but fell off and suffered minor injuries as Scott sped away toward the area of Clarendon and Seventh Streets.  Scott then abandoned the stolen vehicle and fled on foot toward the catwalk that goes over Route 3.

According to Secaucus Police Captain Joseph Baccola, K9 Units from the Hudson County Sheriff’s Office assisted in locating the suspect, however it proved fruitless.  Detectives and patrol division personnel worked collaboratively and were able to ascertain a photo of Raymond Scott, albeit his identity was still not known at that time. Members of the Secaucus Police Department were provided with a photo of Scott and continued their search.

Yesterday, Sunday, February 13, 2022, at 9:15 A.M., Secaucus Police responded to Mallard Place where a resident reported that their home was just burglarized while the residents were home.  During the burglary, credit and identification cards et. al. were stolen from the resident’s purse.  A witness to the burglary provided a description to responding police officers who said that the burglar, later identified as Scott, fled toward the Extended Stay Hotel at 1 Meadowlands Parkway.

Police Officers attempted to handcuff and detain Scott, however, he resisted the police officers’ control.  Once handcuffed, Scott made an attempt to run away and escape custody by fleeing toward the stairway.  He was identified as the person who committed the carjacking the night before after additional evidence was recovered subsequent to his arrest.

“This arrest clearly shows that when members of the community and police work collaboratively justice will prevail,” Chief Dennis Miller said.  “I am glad that an arrest was made swiftly for these appalling crimes to ensure an end to Mr. Scott’s crime spree in our neighborhood.”