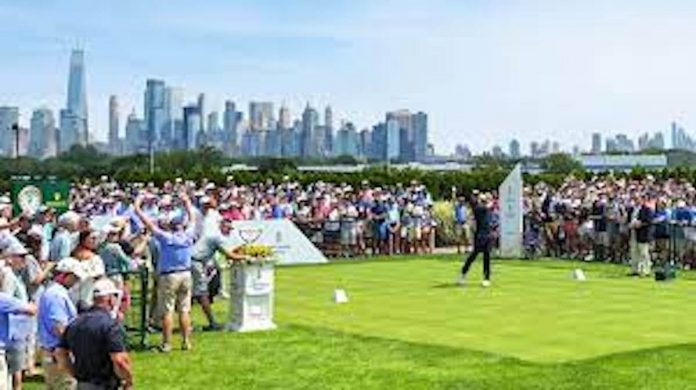 Due to conditions and forecast, spectators no longer permitted
for Monday’s final round of THE NORTHERN TRUST

JERSEY CITY, New Jersey – Due to the heavy rain from Tropical Storm Henri and saturated onsite conditions at Liberty National Golf Club, the PGA TOUR announced that the final round of THE NORTHERN TRUST will be played without spectators.

The golf course received over 6 inches of rain from Saturday evening through Sunday afternoon, with another 1-2 inches expected overnight, leaving many cart paths and spectator walkways impassable. With more rain forecasted throughout the day on Monday, including a possible afternoon thunderstorm, officials determined that contesting the final round without spectators onsite would be the safest path moving forward.

Final-round play will begin at 7:30 a.m., with players competing in threesomes off of Nos. 1 and 10 tees.

CBS Sports will provide live coverage of the final round on CBS and Paramount+, Golf Channel, CBSSports.com and PGATOUR.com. Due to the fluid weather conditions, specific timings and distribution platforms will be announced tomorrow.

Fans who purchased Sunday tickets to THE NORTHERN TRUST will be automatically refunded via their original method of purchase. Refunds will be granted to the original purchaser only. If you received transferred tickets or purchased through the secondary market, reach out to the original ticket purchaser to claim your refund.

Fans with questions or concerns can contact the PGA TOUR Ticket Support team at ticketsupport@pgatourhq.com or by calling 1-800-404-7887.