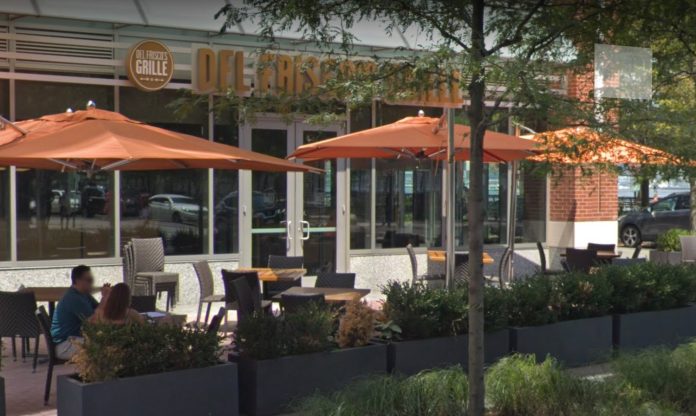 Offenses: Fraudulent Use of a Credit Card, Credit Card Theft, Theft of Identity, Uttering, Theft by Deception, Conspiracy to Commit Credit Card Fraud, and Committing an Unauthorized Act During a state of Emergency

On Friday, April 24, 2020, at about 6:39 PM, Del Frisco Grill had reported to the Hoboken Police Department that an order had been placed over the phone utilizing a fraudulent credit card. Management reported that after the credit card transaction was approved, they received a call from a male from Oregon. The male, claiming to be a victim of credit card fraud, stated that he received an alert from his bank of a transaction that occurred at their restaurant, which he did not approve. Detective Michael Losurdo, Detective Adam Colon, and Detective Fabian Quinones were notified of the complaint and responded.  When the detectives arrived, they learned the order was not picked up. The detectives conducted an investigation along with uniform patrol under the command of Lt. Ranaldo Gonzalez and waited for the order to be picked up. At about 7:24 PM, a male identified as Isaiah Baptiste entered Del Frisco and attempted to pick up the order made with the victim’s credit card. Baptiste was stopped for investigation. Prior to being stopped, Baptist was observed operating and pulling up to Del Frisco in a black Mercedes-Benz with two male passengers.  The two male passengers, identified as Kaya Findlay and Jason Palmer, were also stopped for investigation. The investigation conducted by the above listed detectives and uniform patrol led to the arrest of all three parties. Isaiah Baptiste from Bushkill, PA, Kaya Findlay from Brooklyn, NY, and Jason Palmer from Brooklyn, NY, were charged with Fraudulent Use of a Credit Card, Credit Card Theft, Theft of Identity, Uttering, Theft by Deception, Conspiracy to Commit Credit Card Fraud, and Committing an Unauthorized Act During a state of Emergency. All charges for arrestees were placed on summonses and released with a Hudson County Superior Court date.

All parties are innocent until proven guilty in a court of law.