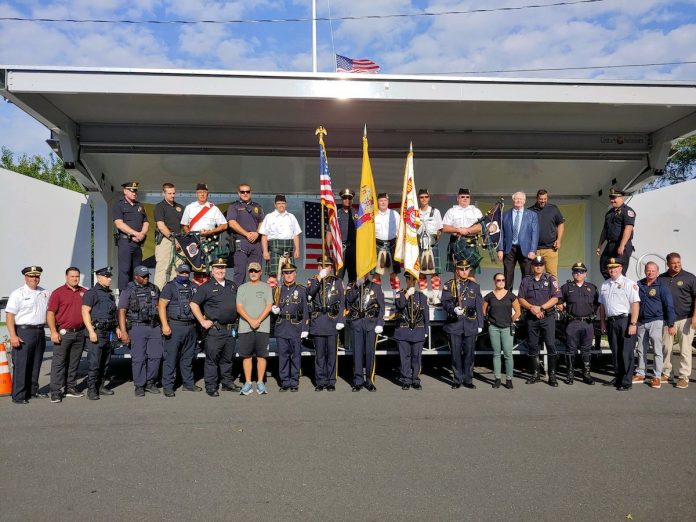 Frank Siller, the Tunnel to Towers Walker, Stopped in Bayonne on Wednesday

Bayonne Mayor Jimmy Davis welcomed Frank Siller, the Tunnel to Towers Foundation’s September 11 hiker, to the Peninsula City during a walk through Bayonne on Wednesday, September 8.  There was a ceremony in Gregg-Bayonne Park at the flagpole at 9:00 a.m.

Following the ceremony, Mr. Siller interviewed with MSNBC.  After that, the walk through Bayonne continued.  He exited the park at West 37th Street and continued southward along Avenue A, passing Bayonne High School and stopping at DiDomenico-16th Street Park and the 16th Street Fire House. 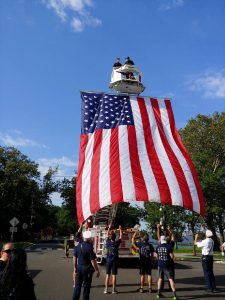 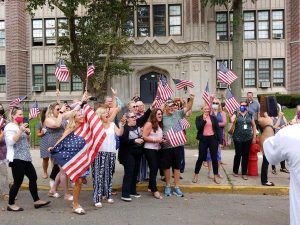 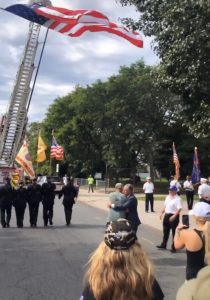