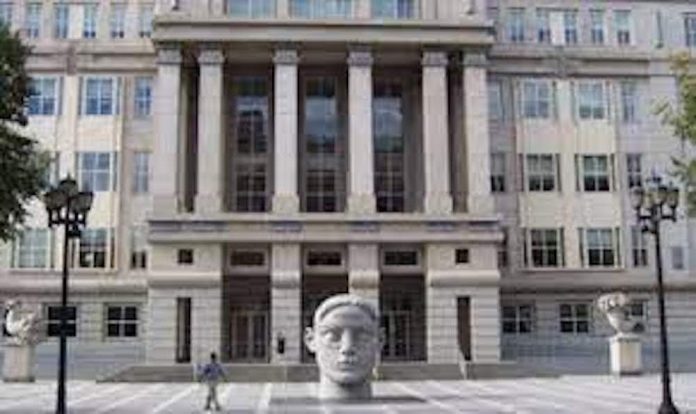 Sales Director of Firm Pleads Guilty to Role in Conspiracy

NEWARK, N.J. – The president and a top officer of a real estate investment company were charged for their roles in a scheme to defraud more than 2,000 investors in a $650 million Ponzi scheme, and with conspiring to evade $26 million in tax liabilities, U.S. Attorney Philip R. Sellinger announced this afternoon.

Also today, Arthur S. Scuttaro, 62, of Nutley, New Jersey, the former head of sales at National Realty Investment Advisors LLC (NRIA), pleaded guilty before U.S. District Judge Evelyn Padin in Newark federal court to an information charging him with one count of conspiracy to commit securities fraud in the same scheme. His sentencing is scheduled for February 23, 2023.

“As charged in the indictment, these defendants schemed to create a high-pressure, fraudulent marketing campaign to hoodwink investors into believing that their bogus real estate venture generated substantial profits,” U.S. Attorney Sellinger said.  “In reality, their criminal tactics were straight out of the Ponzi scheme playbook so that they could cheat their investors and line their own pockets. Our message from today’s charges is that we remain deeply committed to rooting out all types of financial fraud schemes. These schemes undermine our markets and erode the public’s trust in investing. Together with our enforcement partners, we will continue to prioritize investigating and prosecuting financial crime in all of its forms.”

“This case should serve as a cautionary tale to the consumer,” FBI Special Agent in Charge James E. Dennehy said. “Before you entrust your hard-earned savings to someone, do your research on the trustee and the product they are selling; become familiar with the red flags that can alert you to a fraud; don’t let dollar signs cloud your judgement; and remember the old adage that if it sounds too good to be true, it probably is. Slick pamphlets, flashy commercials, and ads that feature celebrities do not add up to the most important element – credibility. The FBI works diligently to protect the American public, arrest lawbreakers, and recoup whatever stolen funds haven’t evaporated. The sad fact is the consumer is rarely made whole. Skepticism and analysis are still the best protection.”

“This was a brazen scheme of staggering proportions,” Tammy Tomlins, IRS Criminal Investigation Acting Special Agent in Charge of the Newark Field Office, said. “These defendants prioritized their own greed, stealing $650 million from investors, while conspiring to evade $26 million in tax liabilities. The indictment sends a clear message that the IRS Criminal Investigation special agents and our law enforcement partners, remain vigilant and will vigorously pursue those who attempt to enrich themselves through fraudulent means.”

Grabato was president of NRIA and Salzano was the firm’s shadow chief executive officer. From February 2018 through January 2022, Salzano and Grabato defrauded investors and potential investors of NRIA Partners Portfolio Fund I LLC, a real estate fund operated by NRIA, of $650 million through lies, deception, misleading statements, and material omissions. These included false representations about NRIA’s financial position, how the defendants and their conspirators used fund investor money, and Salzano’s managerial role at NRIA and his history of fraud.

The defendants executed their scheme through an aggressive multi-year, nationwide marketing campaign that involved thousands of emails to investors; advertisements on billboards, television, and radio; and meetings and presentations to investors. Salzano led and directed the marketing campaign, which employed deception, material misrepresentations and omissions, and falsified documents to manipulate investors. The marketing campaign was intended to mislead investors into believing that NRIA was a solvent business that generated significant profits. In reality, NRIA generated little to no profits and operated as a Ponzi scheme, which was kept afloat by new investors. Despite investing almost none of their own capital into the business, the defendants misappropriated millions of dollars of investor money.

Salzano concealed his true managerial role at NRIA while using Grabato as a stand-in CEO in an effort to avoid scrutiny by investors of Salzano’s prior guilty plea to defrauding small businesses in Louisiana through a large telecommunications company.

Salzano and Grabato also orchestrated a separate conspiracy to defraud the IRS in its effort to collect $26 million in outstanding taxes Salzano owed to the U.S. Treasury. Salzano and Grabato are alleged to have lied to the IRS, used a web of nominees, opened bank accounts in the names of phony entities, and used false and fraudulent company documents.

In a separate civil action, the Securities and Exchange Commission filed a complaint today in the District of New Jersey against Salzano, Grabato, Scuttaro, and others based on the allegations underlying the Ponzi scheme alleged in the indictment and information.

U.S. Attorney Sellinger credited special agents of the FBI, under the direction of Special Agent in Charge James E. Dennehy in Newark, and special agents of IRS-Criminal Investigation, under the direction of Acting Special Agent in Charge Tammy Tomlins in Newark, with the investigation. He also thanked the Securities and Exchange Commission, New York Regional Office, for its cooperation and assistance during the investigation.

The government is represented by Assistant U.S. Attorneys Jonathan Fayer, of the Economic Crimes Unit, and Lauren E. Repole, Chief of the General Crimes Unit.