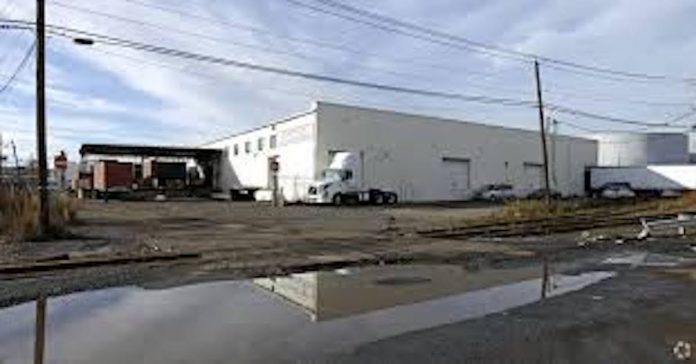 Two men have been arrested for burglarizing a Bayonne warehouse early on Sunday morning.  According to Bayonne Police Captain Eric. Amato, 37-year old Amir Z. Ibrahim of East Lake Avenue in Rahway and 43-year old Anthony Padilla of West 3rd Street in Bayonne, were taken into custody at 1:43 a.m. from 8 Hook Road, the Ramot Hills warehouse.

Captain Amato says police officers arrived on the scene on the report of a burglary in progress. The owner of the business told police dispatch he was observing, via closed circuit television, that two people were inside of the warehouse and a Ryder truck was parked outside of the building.

When police arrived, they saw the truck, with its rear cargo door open, parked in the loading bay of the warehouse.  He also reported that he heard people talking inside the warehouse and the sound of machinery in operation.  The owner of the business told police that at that time of night, the warehouse should have been empty.

When police entered the warehouse, they observed two men, later identified as Ibrahim and Padilla, operating a forklift and loading merchandise in the Ryder truck, respectively. Police ordered both men to cease what they were doing and they were handcuffed.

An investigation revealed that several pallets of merchandise had been removed from the warehouse and placed inside of the truck.  Among the items found in the Ryder truck’s cargo bay and inside the passenger compartment, were bolt cutters, 20 boxes of merchandise with an estimated value of $5,000, a pallet jack belonging to the business, drug paraphernalia and backpacks belonging to Padilla and Ibrahim.

During the police investigation, it was also learned that the Ryder truck had been reported stolen in Denver, Colorado on June 30, 2020.  Police also found a used hypodermic syringe on Padilla’s person, plus a wallet containing identification and credit cards from numerous other individuals.  Padilla also had an additional wallet belonging to one individual which contained several pieces of identification, bankcards and personal papers.

a search of Ibrahim led to the recovery of CDC (Oxycodone).