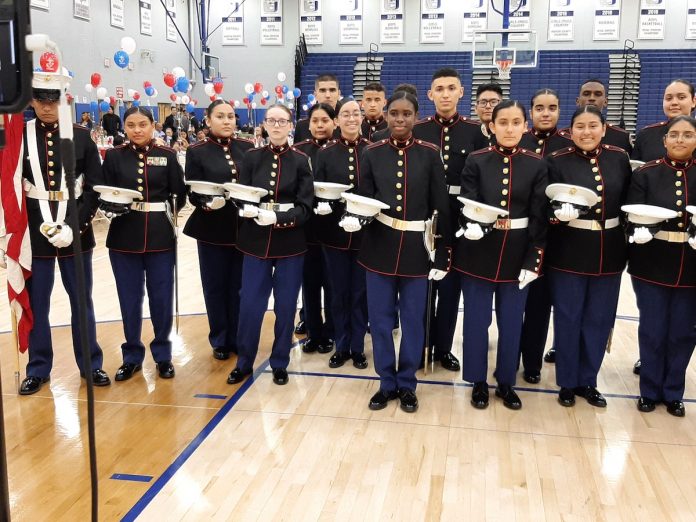 More than one thousand guests packed the gymnasium at Union City High School on Saturday evening, as the school celebrated the 247th birthday of the United States Marine Corps.

The Marines came to be on November 10, 1775 as a Corps of Marines was formed by a resolution of the Continental Congress. 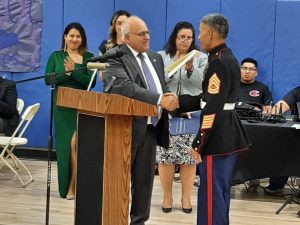 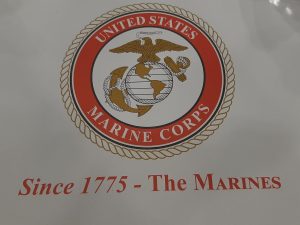 For the past 24 years, the Union City High School Marine Corps JROTC has been led by Gunnery Sergeant Caonabo Reyes.  Reyes has instilled in his recruits discipline; and they have thrived, embodying the Marine Corps traits of honor, courage and commitment. 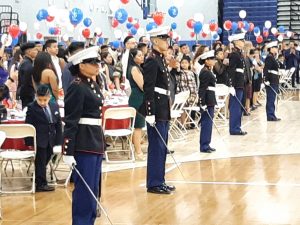 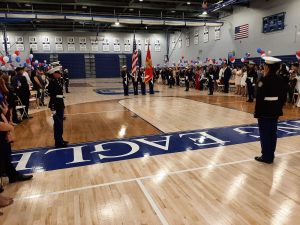 During Saturday night’s dinner celebration, the Union City High School Marine Corps Junior ROTC performed several command routines for those in attendance.  Those gathered were family members, friends and past graduates of the Union City program.