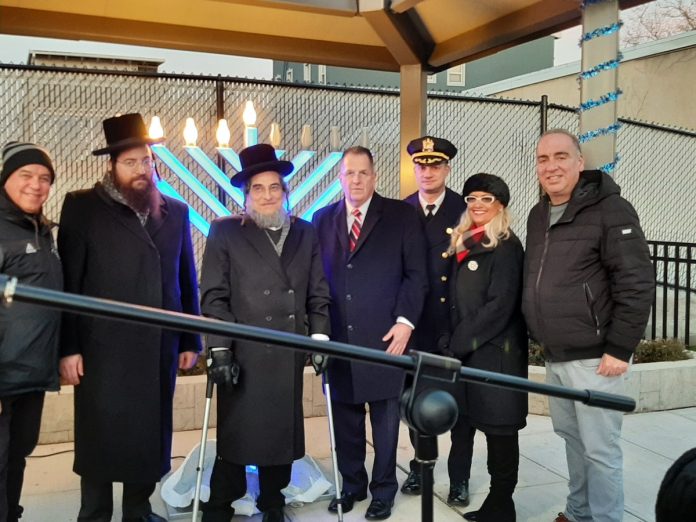 Union City officials and members of the Jewish community gathered on Peter Street late this afternoon to celebrate the eight day festival of lights, Hanukkah, by lighting the Menorah.

The Jewish holiday commemorates the rededication during the second century B.C.of the Second Temple in Jerusalem, where according to legend, Jews had risen up against their Greek Syrian oppressors in the Maccabean Revolt. 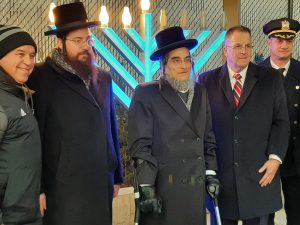 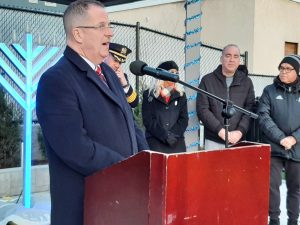 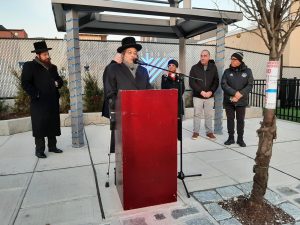 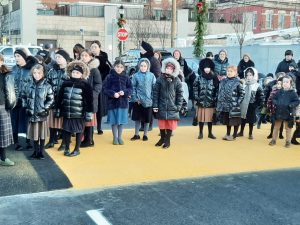 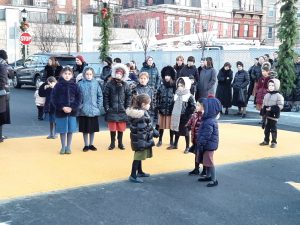 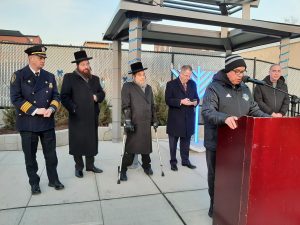 Mayor Stack announced following the Menorah lighting, that at the request of the Rabbis, the Menorah will be relocated to City Hall in time for tomorrow night’s lighting of the fifth bulb.