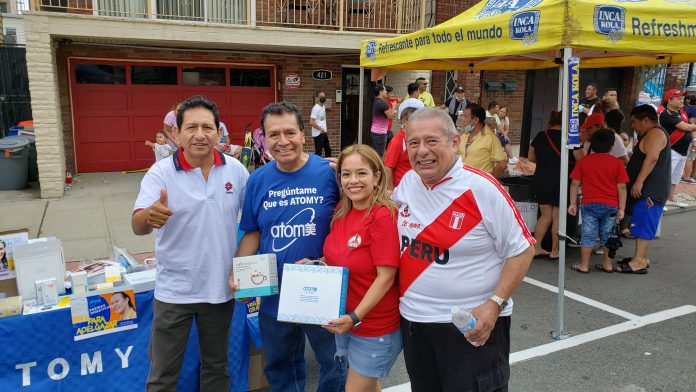 On Sunday, Union City in collaboration with Peruanos Unidos NJ en Union City held a Peruvian Culture Festival celebrating the Bicentennial of the Independence of Peru from 12-7 pm.

Live music played as people filled the streets where Peruvian foods including anticuchos and picarones were being served and children played with inflatables.

Said Julio Zelaya, President of Peruanos Unidos NJ en Union City, “This festival is very important for Peruvians and the Latin community because it is held in celebration of the national holidays of Peru and especially in this year that the bicentennial of our independence is celebrated.”