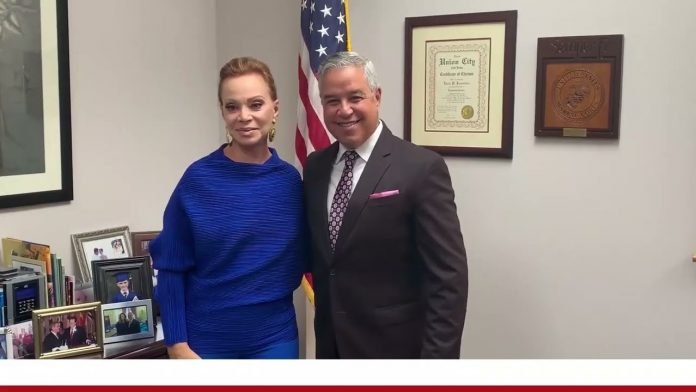 On Wednesday morning, Latin Grammy Award-winning singer and actress Paloma San Basilio, who was born in Spain, was honored by Union City officials during a visit to City Hall.

Her visit brought quite a crowd to Commissioner Lucio Fernandez’s office.  The Commissioner presented Paloma with a city proclamation and a citation from the New Jersey Legislature, spearheaded by Senator Brian Stack. 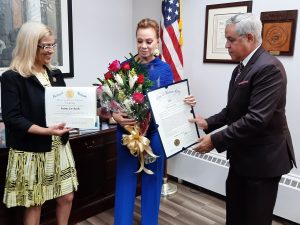 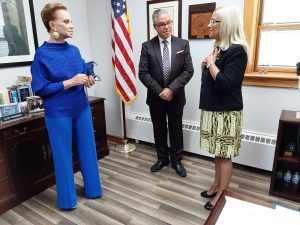 Born in Madrid, Paloma has had a career spanning 40 years.  In addition to winning a Latin Grammy, Paloma has starred in numerous Broadway productions in her native Spain, including “Evita” in 1985.  Her performance led Andrew Lloyd Weber to say she was the greatest Evita of them all. 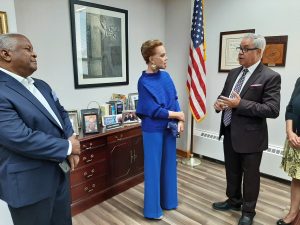