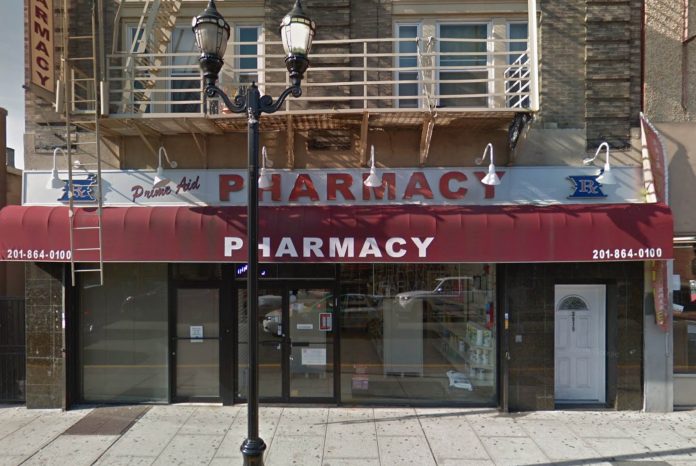 TRENTON, N.J. – The son of a former a co-owner of a Union City, New Jersey, pharmacy today admitted his role in multimillion-dollar conspiracies to pay kickbacks and bribes to health care professionals and to defraud the IRS, Acting U.S. Attorney Rachael A. Honig announced.

Alex Fleyshmakher, 34, of Morganville, New Jersey, pleaded guilty by videoconference before U.S. District Judge Michael A. Shipp to a superseding information charging him with conspiring to violate the federal anti-kickback statute and conspiring to defraud the IRS.

The superseding information alleges that Fleyshmakher conspired to solicit and pay kickbacks with seven other individuals, three of whom were previously charged with him by superseding indictment: Samuel “Sam” Khaimov and Yana Shtindler, both of Glen Head, New York; and Ruben Sevumyants, of Marlboro, New Jersey. Fleyhsmakher is the first of these four codefendants to plead guilty.

In order to obtain a higher volume of prescriptions, Khaimov, Yana Shtindler, Igor Fleyshmakher, Alex Fleyshmakher, Sevumyants, Eddy Shtindler, and other Prime Aid employees paid kickbacks and bribes to doctors and doctors’ employees to induce doctors’ offices to steer prescriptions to the Prime Aid Pharmacies. From 2008 to August 2017, these bribes included expensive meals, designer bags, and payments by cash, check, and wire transfers. The bribes and kickbacks were paid to, among others, doctors and doctors’ employees in New Jersey and New York. The prescriptions that just one of those New Jersey medical practices steered to Prime Aid Union City as part of the scheme resulted in Medicare and Medicaid payments to Prime Aid Union City of approximately $24.8 million.

From 2011 to August 2018, Alex Fleyshmakher, working with others, surreptitiously took insurance reimbursement checks totaling millions of dollars from the Prime Aid Pharmacies. Aided by his conspirators, Alex Fleyshmakher then cashed the checks at Brooklyn check cashing businesses or diverted them through Canadian bank accounts back into U.S. accounts that he owned and controlled. He concealed these funds and failed to report them on his personal income tax returns, resulting in a $9.1 million tax loss to the IRS.

The conspiracy and tax evasion charges to which Alex Fleyshmakher pleaded guilty each carries a maximum penalty of five years in prison and a $250,000 fine. Sentencing is scheduled for May 27, 2021.

The government is represented by Assistant U.S. Attorney Joshua L. Haber of the Health Care Fraud Unit of the U.S. Attorney’s Office in Newark.

The charges against and allegations in the information pertaining to Khaimov, Yana Shtindler, and Sevumyants are merely accusations, and those three defendants are presumed innocent unless and until proven guilty.