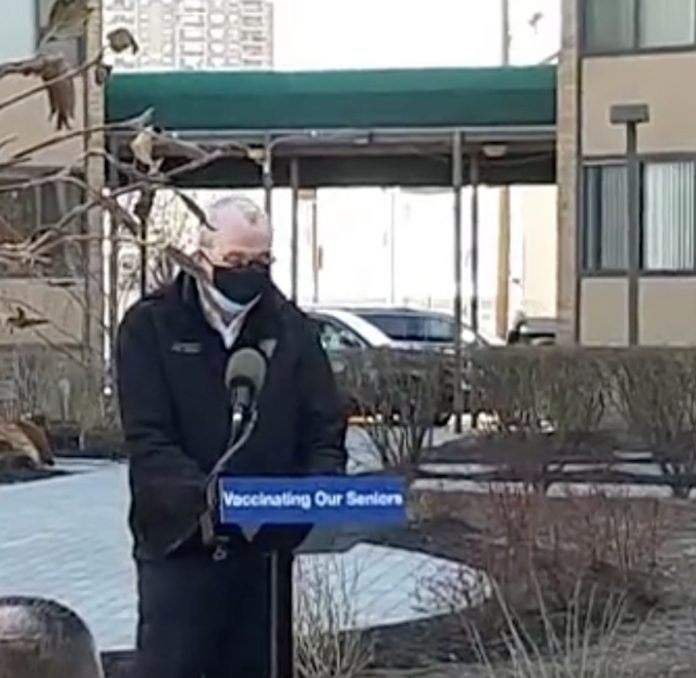 With the Johnson & Johnson Covid-19 vaccine now the third on the market, officials are hoping that more and more New Jersey residents will be inoculated, and in a much quicker fashion.  Unlike the Pfizer and Moderna vaccines which require two doses three or fours weeks apart, the J&J vaccine only requires one shot.

Governor Murphy, needless to say is thrilled with the Johnson & Johnson rollout, saying “this vaccine is a game changer in our fight to protect residents, to save lives and to defeat this virus.”

Gorsky stated he could not have more pride.  “To think thirteen months ago our scientists took some numbers on a screen and turned it into a vaccine that was administered today, safe, effective, one shot brings tears to my eyes.”

When asked by Hudson TV to react to reports that the county is lagging far behind the rest of New Jersey’s counties in terms of the number of residents who have been vaccinated, County Executive DeGise stated, “Those are very misleading numbers.  Hudson is the smallest county geographically.  Those numbers, what the percentage indicates, the number of vaccinations given as opposed to our population.  Every bit of dosage that has come our way…we put into the arms of people.  If they gave us more dosages, we would put it into more arms.”

Hudson County has only received an initial shipment of 1,500 Johnson & Johnson vaccines, the majority of which have gone to municipalities in North Hudson, like Union City.