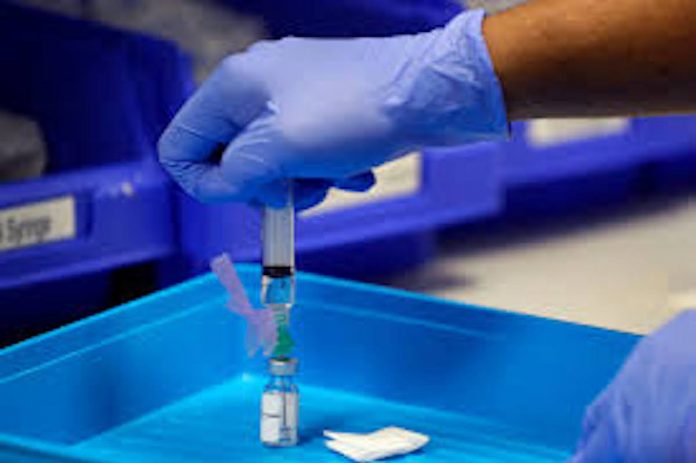 “This President will spare no expense to ensure that any new vaccine maintains our own FDA’s gold standard for safety and efficacy, is thoroughly tested and saves lives.”  A          statement from White House spokesman Judd Deere after it was learned that the United States will not participate in an international effort develop and distribute a coronavirus vaccine.  The reason?  President Trump says it’s because the effort is being led by the World Health Organization.

There have been more than 6 million coronavirus cases in seven months in the United States.  The number of deaths in our country from COVID-19 has surpassed 183,000.  Surveys taken have shown that the U.S. and Great Britain rank last in their handling of the virus.

The decision by the President not to be included in an international effort to develop a vaccine is being criticized by many on both sides of the aisle who believe we are isolating ourselves from over 170 countries who are involved in the COVAX initiative.  Deere went on to state, “The United States will continue to engage our international partners to ensure we defeat this virus, but we will not be constrained by multilateral organizations influenced by the corrupt World Health Organization and China.”

So what does this mean for the United States’ development of a COVID-19 vaccine?  The President has said numerous times that a vaccine will be developed by the end of the year.  Health experts don’t necessarily agree on the President’s assumption.  Apparently President Trump is placing a whole lot of confidence in Operation Warp Speed, the federal government’s initiative in fast-tracking the development of drugs and vaccines.

As of this date, there are two COVID-19 vaccines in Phase 3 trials in the U.S., one by Pfizer/BioNTech and the other by Moderna.  By the middle of this month, two more trials are expected to begin Phase 3.

In July, the President informed Congress and the United Nations that the United States was withdrawing from the World Health Organization.  The decision takes effect in July, 2021. Democratic Presidential nominee Joe Biden has said he would reverse the decision on his first day in the Oval Office.

Time will tell if pulling out of the WHO, or refusing to participate in the international effort to develop a coronavirus vaccine, was the right move on the part of the President.  The decision certainly will play into voter’s decisions on which candidate they plan to vote for in the Presidential election.