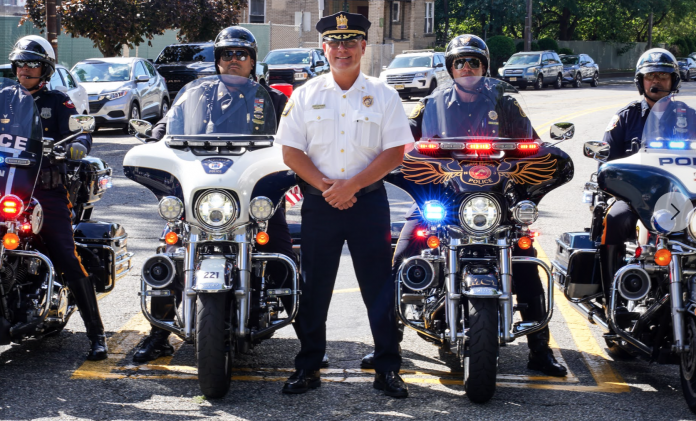 The Township of Weehawken would like to congratulate Deputy Chief Jason Czornomor on his retirement. He began his career In July 1994, when he joined the Weehawken Police Department as a patrol officer before moving to the “Juvenile Bureau” and remaining there until being promoted to Sergeant in May 2003. 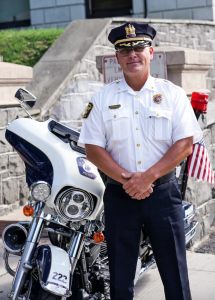 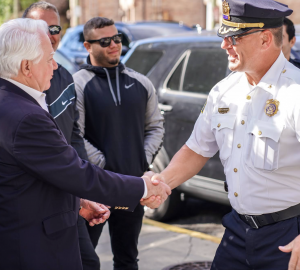 The remainder of his career was spent working for the Quality-of-Life Squad, which is the unit of policing that focuses on community-oriented policing.
He then attained the ranks of Lieutenant in March 2009, Captain in May 2016, and Deputy Chief in October 2021. 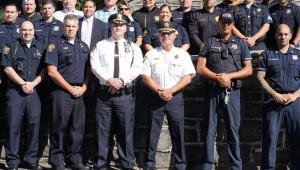 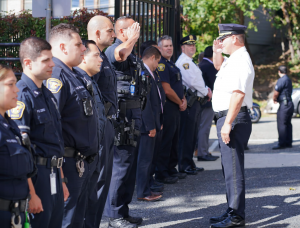 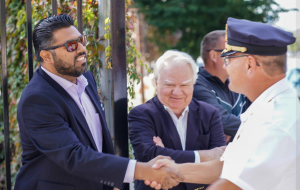 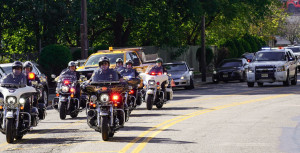 Following his promotion to the position of Deputy Chief, he was given the added responsibility of Patrol Commander, in which he managed the patrol division, which also included all Traffic Control Officers, and the Motorcycle Squad, of which he was a member throughout his entire career.
Deputy Chief Czornomor has served the Weehawken Police Department with dedication for 28 years, and we want to thank him for that.
His leadership of the Weehawken Police Department and the Township has benefited our department and the residents of Weehawken.
On behalf of the residents of Weehawken, we appreciate your service and wish you well in your retirement; we shall miss your service to the community.