Mayor Ravi S. Bhalla and the City of Hoboken invite residents to a virtual community meeting on Thursday, March 3, at 6 p.m. to provide feedback on four proposed concept designs for the final expansion of the Southwest Resiliency Park. 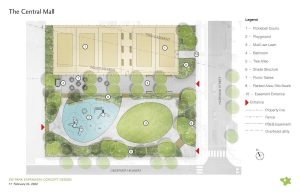 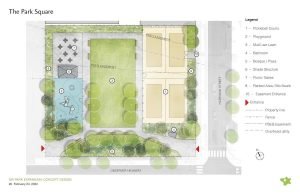 “This is an exciting step in the public design process that will allow the City to incorporate resident input as we move forward with doubling the size of our Southwest Resiliency Park,” said Mayor Bhalla. “It’s not often that Hoboken gets to create more open space, which is why I am looking forward to creating a permanent, expanded resiliency park that includes critical flood infrastructure to help mitigate localized flooding. Thank you to the many residents who have been a part of this important community process.”

During the meeting, attendees will provide feedback on the four concepts: The Central Mall, The Park Square, Let’s Get Active A, and Let’s Get Active B. The project consultants and City staff will then use this feedback to create a final concept design, which will be presented to the public this fall. 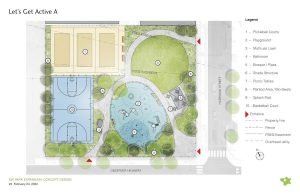 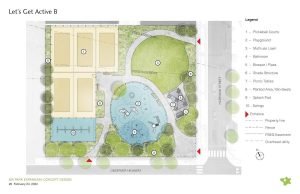 While the design for the final park expansion is ongoing, residents can currently utilize the outdoor space as the City erected a temporary pop-up park in 2021 using equipment from the previous Northwest Pop-up Park following the City’s acquisition of the 1 acre of property from Academy Bus in April of 2021. The City acquired the additional acre of land through direct acquisition, without any impact to height and bulk of surrounding properties as a part of the agreement. The acquisition of the land was funded through Hudson County’s Open Space Trust Fund, Green Acres and Hoboken’s Open Space Trust Fund, at no impact Hoboken’s municipal budget.

The expansion of the Southwest Resiliency Park is located at 60 Harrison St.

To register to join the meeting and learn more about suggested park features, go to https://bit.ly/3M4f4ZP. A recording of the virtual meeting will be posted on the project website at www.hobokennj.gov/swparkphase2 following the meeting.