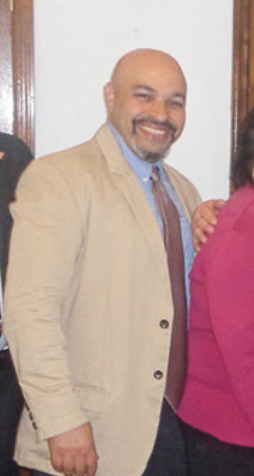 Weehawken Third Ward Councilman Raul I. Gonzalez announced today that he will be resigning from the Township Council effective October 1, 2021, due to a new career opportunity that requires him to relocate. “It has been the honor of a lifetime to serve the citizens of Weehawken and a pleasure working with Mayor Turner, my Council colleagues, and the Administration,” said Councilman Raul Gonzalez. “While I will no longer serve in an official capacity on the Council, I look forward to continuing to be a resource to the Turner Administration.”

Mr. Gonzalez has served in various roles throughout his career with the Township of Weehawken for nearly 24 years, including as a social worker in Weehawken and at the North Hudson Community Action Center. Regrettably, his new career opportunity requires him to relocate. “We wish Councilman Raul Gonzalez well as he pursues a new career opportunity. His commitment to the residents of the third ward and the residents of the Township over the years has been tremendous. He has always been a dedicated public servant,” said Mayor Richard F. Turner.   “We are sure he will be successful in his new endeavors.”

“The Township Council will begin the process of looking for a Council member replacement immediately,” said Mayor Richard F. Turner. ” in accordance with state statute, we have thirty days to appoint a successor to fill his unexpired term.”