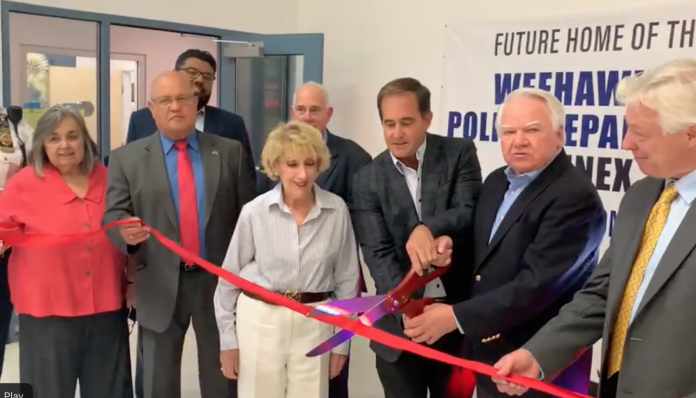 The Township of Weehawken has a brand new, Police Department Annex.  A ribbon was cut on Thursday afternoon by Mayor Richard Turner, members of the Township Council, Public Safety officials, police officers and the owner of the Tower Plaza Mall on Park Avenue where the new Annex is located.

The new Annex, located at the north end of the indoor mall next to the Lidl Supermarket, will allow the Police Department to function more efficiently.  Space was becoming scarce at Police Headquarters in Town Hall and this new venue will aid in department functionality. 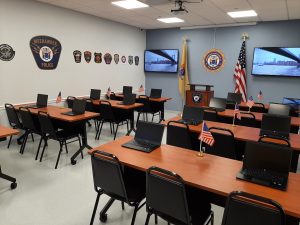 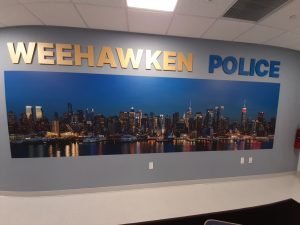 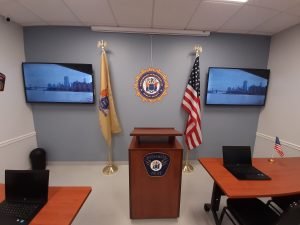 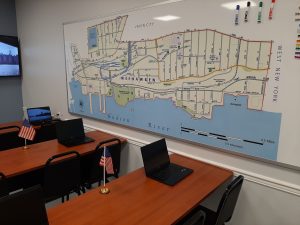 The Annex features a large conference room with tables and laptops, plus a Smart Board and television units.  There are several offices for supervisory personnel, as well as an IT room.  With a current police force of 57 officers, which includes two females, there are locker room facilities for both male and female officers.  There’s also an equipment room where officers will store their “tools of the trade.” 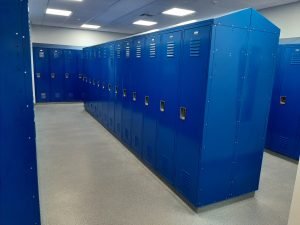 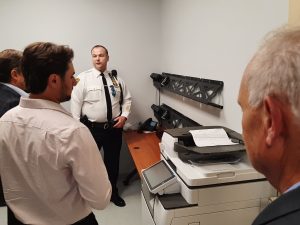 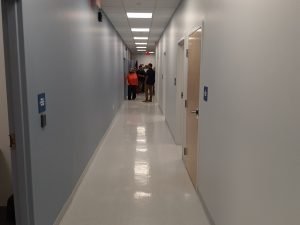 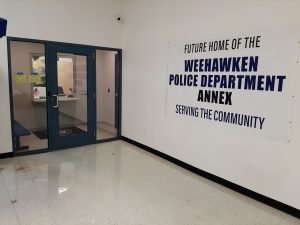 The intent is for the public to first visit the main headquarters at Town Hall when they have police business, before going to the Annex.

The Annex cost approximately $700,000.  It was paid for with bonding, capital expenditures and township operating funds.