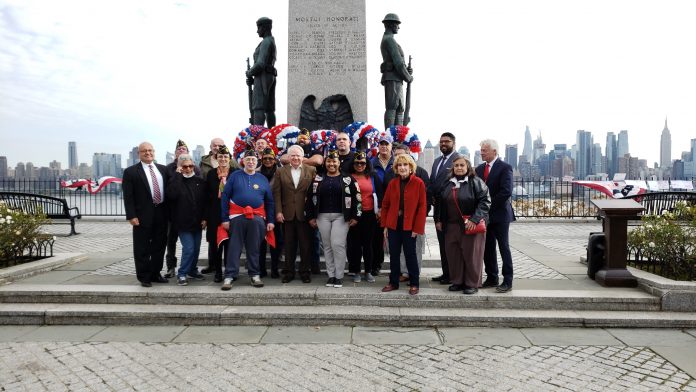 At 11 this morning, The township of Weehawken held their Veterans Day Ceremony in honor of all who have served in the military on the 103rd anniversary of the end of World War I.

Mayor Richard Turner was among those who spoke to the crowd during the ceremony, which began with an honorary bell ringing and closed out with the playing of taps.

“It’s always an honor to welcome our veterans, honor our veterans, especially those who gave the ultimate sacrifice and Weehawken never forgets.”

After the ceremony, a gathering was held with refreshments at the American Legion which will be followed by a re-dedication ceremony at 1.