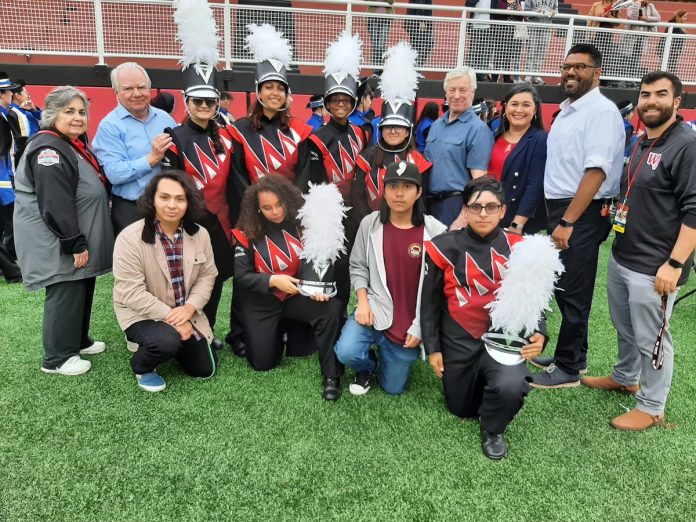 Overcast skies did not diminish the spirits of six, area high school marching bands, nor those in attendance on Sunday afternoon, at the 13th Annual Weehawken Invitation Band Festival at Weehawken Stadium.

Joining host Weehawken were marching bands from Union City High School, Becton Regional, Garfield, Lyndhurst and Saddle Brook High School.  There were no judges, just enthusiastic students strutting their stuff and playing their “halftime” hearts out for family and friends in the stands. 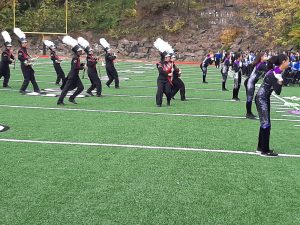 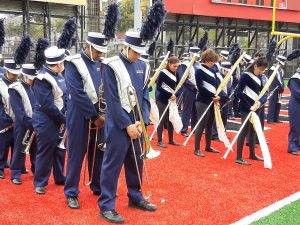 Several members of Weehawken’s Administration were on hand to root on, not only the Indians, but all of the bands taking part.  Mayor Richard Turner, Deputy Mayor Carmela Silvestri-Ehret, Councilman David Curtis and Township Manager and Board of Education Trustee Gio Amhad were all there. 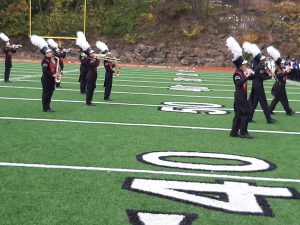 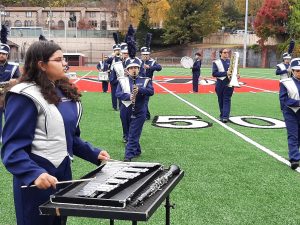 The band directors say, in addition to practicing several times a week during the football season, the marching bands compete in several competitions, as well as festivals, throughout the course of the season.