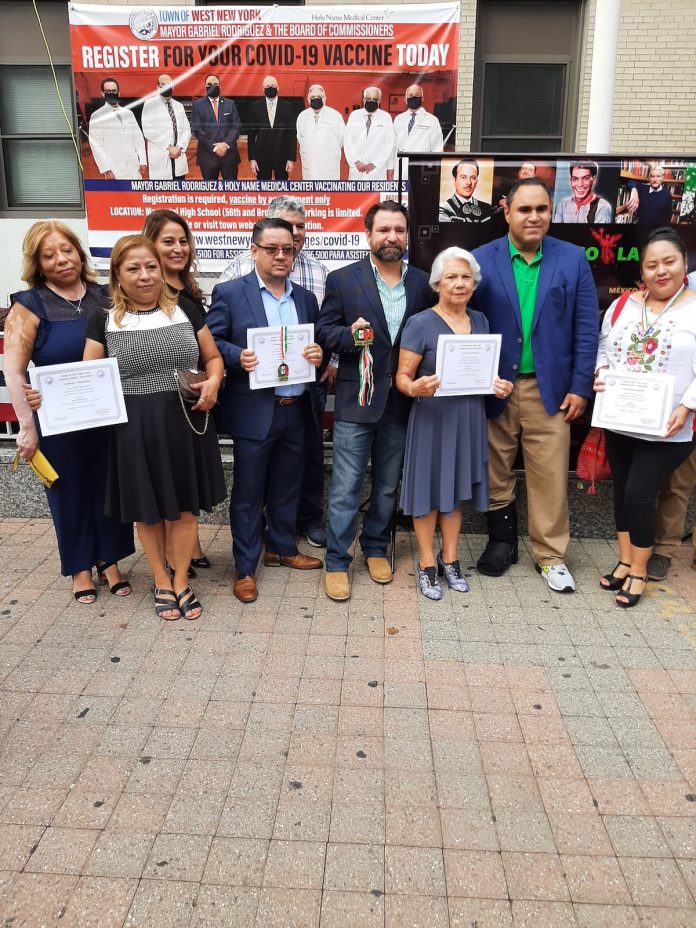 On Friday afternoon in front of West New York Town Hall on 60th Street, approximately 100 members of the town’s Mexican community, both residents and business owners, gathered for the raising of the country’s red, green and white flag.  Mexico gained its independence from Spain 211 years ago.  The Mexican War of Independence, an armed conflict and political process which lasted from September 16, 1810 until September 27, 1821 followed and is generally considered a revolutionary civil war.

Several prominent Mexican-Americans from West New York were presented with citations for their contributions to the local community.