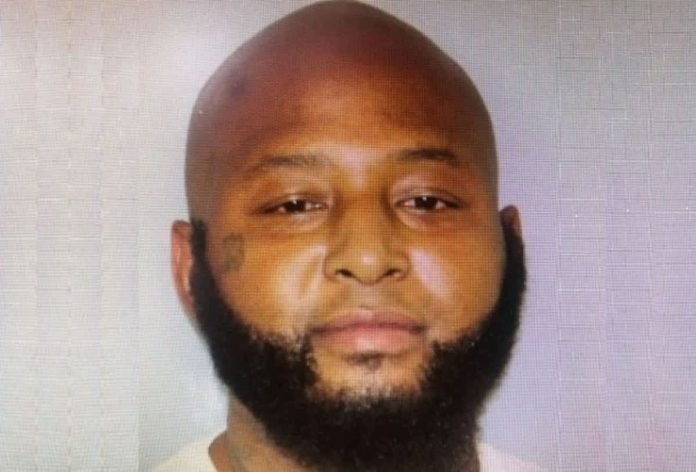 A West New York ex-con with a long criminal history has been apprehended in North Bergen by Cliffside Park Police.  The Daily Voice was first to report that 36-year old Rashon Drone was arrested on Monday on Bergenline Avenue.

Apparently, Drone had broken into the residential garage of a Cliffside Park woman and had made off with some of the victim’s belongings.  According to Cliffside Park Police, Drone stole $200, as well as other valuables from the woman’s car, which was inside the Palisade Avenue garage.

Then police say he attempted to extort the woman by sending her a text and instructing her to meet him at a Quick Chek on Bergenline Avenue and 72nd Street in North Bergen if she wanted her items back.

Coincidentally, police were also attempting to serve a protection order and were looking for Drone.  Talk about luck.  Drone’s rap sheet extends back 17 years, everything from arrests for burglary to weapons possession to assault on a police officer, among other charges.

Cliffside Police say when Drone arrived at the convenience store expecting to meet with his female victim, he found law enforcement waiting for him.  He was arrested and police recovered the stolen items which were in a bag in Drone’s possession.  The bag also contained a machete and a window punch which is used to break glass.

To read the Daily Voice, visit the following website:  www.dailyvoice.com