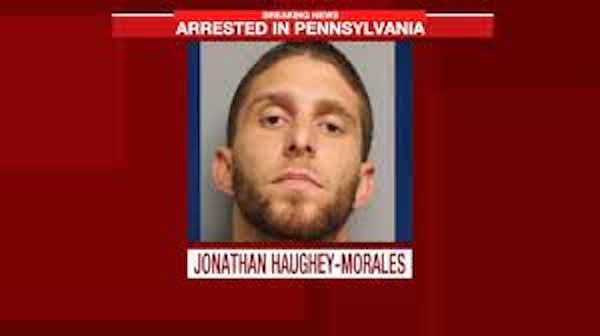 Haughey-Morales was sentenced to 50 years in New Jersey State Prison for murder and three consecutive, seven-year sentences for aggravated assault as to the surviving victims, which is subject to the No Early Release Act.  An additional five-year sentence will run concurrent for unlawful possession of a weapon.

According to Prosecutor Suarez, on Sunday, May 5, 2019, at approximately 3:30 a.m., the North Bergen Police Department responded to a report of shots fired at 2033 46th Street. Responding officers found four individuals, including an unresponsive male with an apparent gunshot wound to his torso, shot in the home. The male, later identified as 40-year old Carlos Garcia, and the additional victims — two males and one female — were all transported by Emergency Medical Services to Jersey City Medical Center.

Garcia was pronounced dead at approximately 4:25 a.m.  Haughey-Morales was identified as the suspect wanted in connection with the shooting.   He was apprehended in South Whitehall Township, Pennsylvania, the following day.  Haughey-Morales was convicted on all charges by a jury on Wednesday, March 2, 2022, following a two week trial.

The State was represented in this case by Hudson County Assistant Prosecutor Najma Rana.