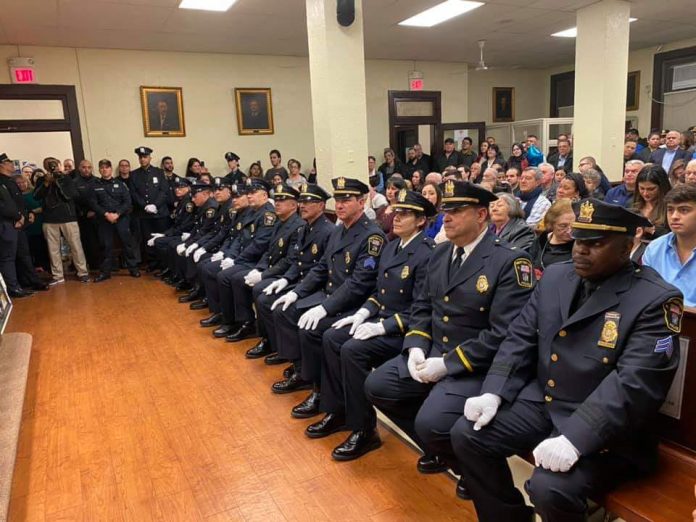 The breakdown of Wednesday night’s ceremony is as follows:

Promoted to the rank of Sergeant were Robert Leon, Carlos Henriquez and Mnawer Menwer.

Promoted to the rank of Lieutenant were Juan Nunez, Denny Acosta and Andres Rana.

Finally, Frank Steffe and Monica Ramos were each promoted to the rank of Captain.  Ramos becomes the first female Captain in the history of the West New York Police Department.